At nearly four times the cost, steel barriers are nowhere near as prevalent as the traditional concrete barrier seen protecting construction zones along the majority of roadways across the country. But according to a report from KOAA TV in Colorado, one distributor of these steel barriers is confident they are “the future of the barrier.”

John Volk of steel barrier distributor Dynamic Deflections says though the barriers have a higher cost, they’re much safer than their concrete counterparts, which he says could become obsolete with stricter federal guidelines.

Volk is a distributor for Highway Care USA’s BarrierGuard 800 barrier, so he is of course a tad biased. But the steel barrier’s numbers are fairly compelling.

According to the company’s website, the barrier is approved by most state DOTs and the Federal Highway Administration. At 60 pounds per linear foot, the BarrierGuard 800 is much lighter than concrete and allow for 600-750 feet to be hauled per truckload. 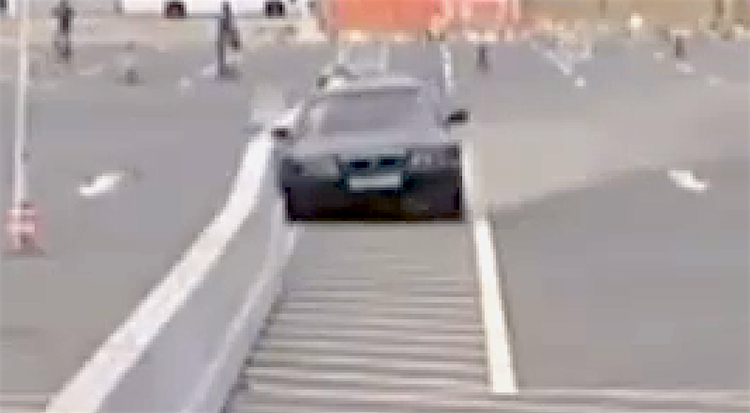 KOAA video shows a test of the steel barrier flexing with the impact of a car.

Highway Care says the steel barriers have a 20-years-plus life cycle and are recyclable.

But, as you can see in the KOAA video below, maybe the barrier’s biggest benefit is how demonstrably different it handles vehicle impacts. While a concrete barrier causes major damage to the vehicle colliding with it, the steel barriers absorb much of that energy, flex and push the car back onto the road.

“The concrete blows up and whatever hits it blows up,” Volk told KOAA. Beyond doling out less damage to the car, the steel barriers also don’t fracture and send chunks of concrete and car flying into a work zone.

Plus, Volk says the barriers adapt easily to changes in a work zone, allowing one worker to shift an installation by simply pulling an anchor pin, ratcheting down wheels and pushing.

“If you want to shift from one side of the road to the other it can be done without even using trucks. It’s a much more productive product because you can get more work done, spend less time laying barrier and more time building your job,” Volk said.

You can find more information on the steel barriers and find a distributor in your area at the Highway Care website.