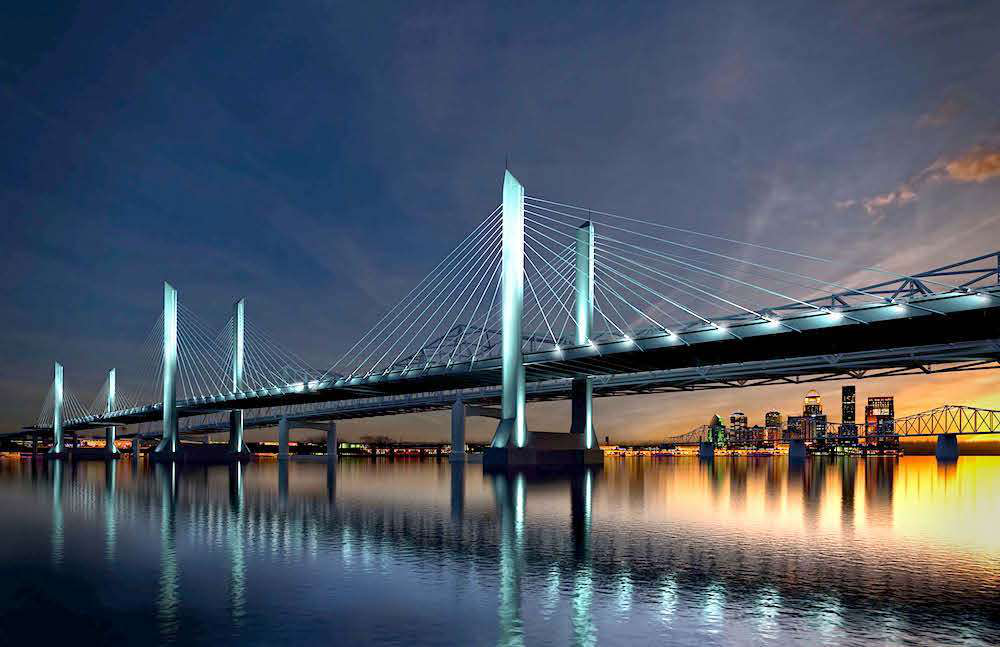 The centerpiece of the $2.3 billion Ohio River Bridges Project has been three years, and two names, in the making. A new video lets you watch the 2.5 years of hard work in just over a minute.

The Courier-Journal has released a time lapse video that shows the construction of the newly renamed Abraham Lincoln Bridge. The video takes you from the ground breaking of the bridge — then called the Downtown Crossing — up until the suspension cords were rising high above the river.

WLKY reported that the new bridge started taking traffic Dec. 16, and the nearby Kennedy Bridge was closed. Traffic has shifted to the Abraham Lincoln Bridge while the Kennedy bridge is being renovated and improved.

The Kennedy Bridge is expected to be ready for traffic again at the end of 2016.