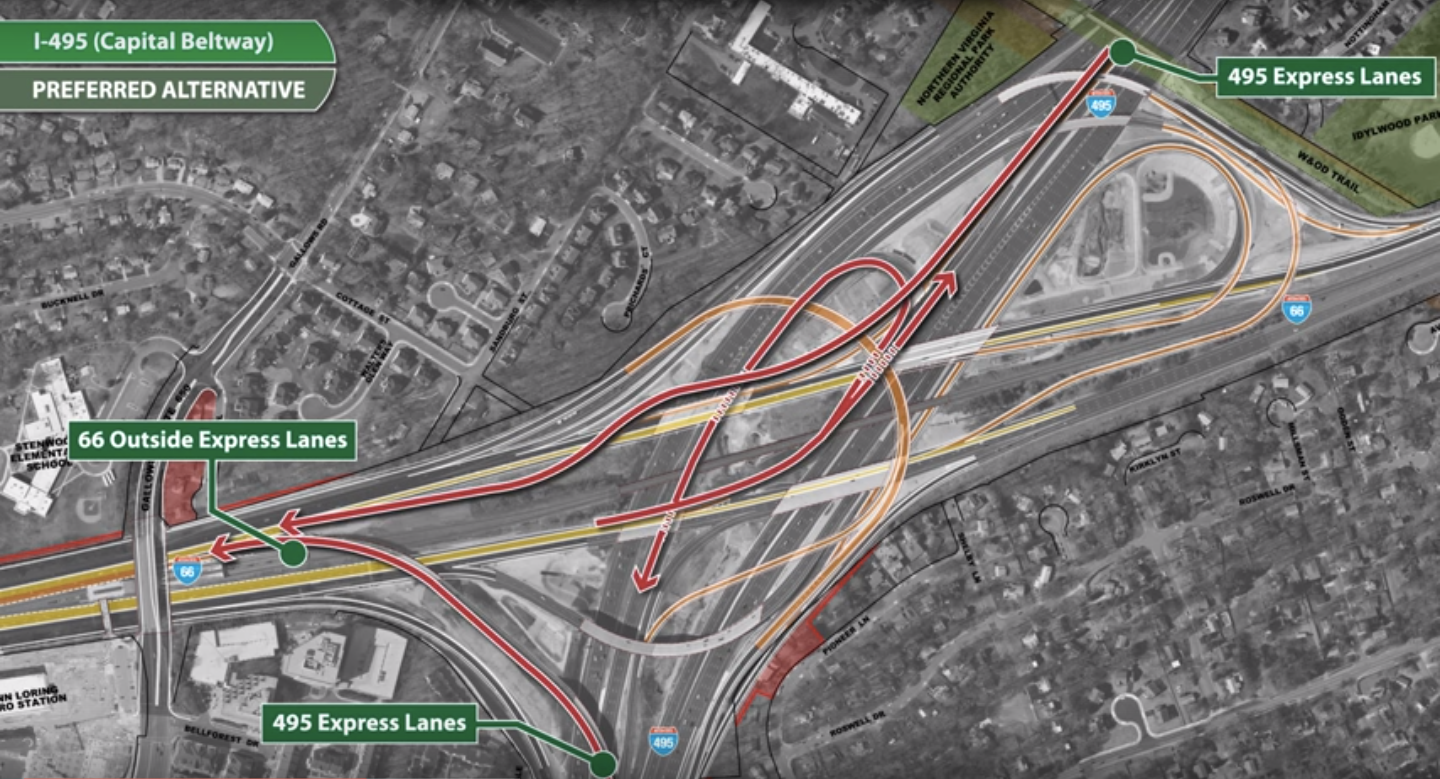 The Virginia Department of Transportation’s (VDOT) design concept for updates to a 25 mile stretch of Interstate 66 from Interstate 495 in Fairfax County to Route 15 in Haymarket would add two express lanes in each direction and expand median space to accommodate potential future transit.

The plans, dubbed Transforming I-66 Outside the Beltway, also call for dedicated express lanes access points, safety and operation improvements at various interchanges and expanded park and ride lots and bus service as well as sidewalk, trial and bikeway updates.

In presenting its plans to the Commonwealth Transportation Board (CTB) recently, VDOT said the design would “move more people throughout the corridor, reduce hours of congestion per day and reduce cut-through traffic on local roads.”

The department said it took input from 160 public meetings and formal comments through email, social media and a website to help create the plans. Public hearings were held in May and June this year.

VDOT’s next step is to present the plans to residents for their input in public meetings in October, which will then be followed by a CTB vote during its board meeting Oct. 28. By the end of the year, VDOT expects to complete the final environmental impact document and determine a procurement approach. Construction would start in 2017 and be open to traffic four years later.