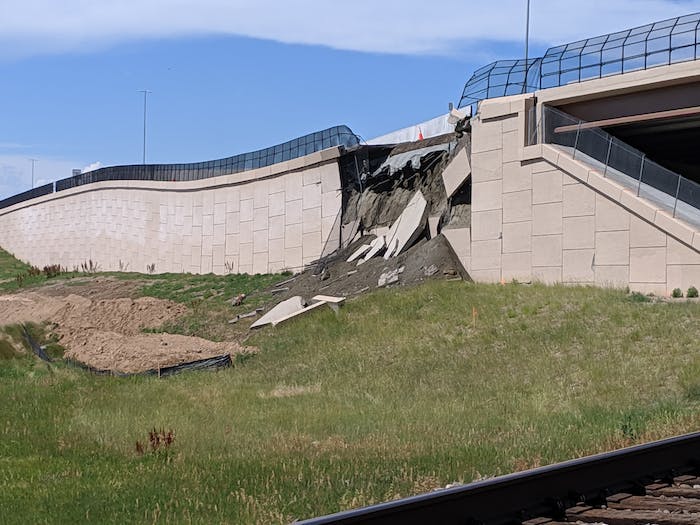 A crack on eastbound U.S. 36 between Denver and Boulder, Colorado, eventually led to the collapse of this retaining wall in 2019.
Colorado DOT

Two years after a sinkhole caused a major highway’s retaining wall to collapse, the Colorado Department of Transportation will receive a $14 million settlement payment from construction and engineering firms that were involved in the roadway’s construction.

The problems began July 11, 2019, when a crack began to form on U.S. 36 in Westminster between Denver and Boulder. Within days, the crack grew into a sinkhole. The road shifted and led to a partial collapse of a retaining wall under the highway, according to CDOT.

The section of highway was part of the U.S. 36 Express Lanes Project, which added HOV lanes for 16 miles and had been completed several years before the collapse. The retaining wall that collapsed was designed and constructed as part of that project.

CDOT spent $17.5 million to rebuild the eastbound lanes. The $14 million settlement covers all but $3.5 million the agency spent to speed up the project. Part of the extra money went toward installing about 24,000 cubic yards of Geofoam.

The lightweight Geofoam places less pressure and stress on the underlying soil, the CDOT says. It replaced the original backfill, and it is strong enough to support the highway while also stabilizing the slope. CDOT said this was the best safety option while also allowing it to reopen the highway as quickly as possible. The highway was reopened in three months.

Under the settlement, none of the companies admits liability. The CDOT and the companies released a joint statement saying they are “pleased that the matter has been resolved without the need for litigation and look forward to future opportunities to work together.”

A July 8 evaluation report of the incident by CTL/Thompson, which was publicly released August 13 by the state’s Attorney General’s Office, says wall construction began in March 2013. The wall was also redesigned and made taller to accommodate a bike path.

Heavy rain and flooding in September 2013 when the wall was substantially complete but pavement had not been placed led to erosion and infiltration on an unpaved area above the reinforced earth wall, the evaluation says. There were also heavy rains in 2019 before the collapse that "could have contributed to wetting of soils which support the wall and the failure in July 2019." The drain system’s design and installation was insufficient to remove water from behind and below the wall, it says.

The evaluation surmises that “failure of the retaining wall was caused by wetting, softening and movement of the pre-2013 embankment fill and clay, with consequent loss of strength. This ultimately resulted in global stability failure.”

CDOT released this breakdown of the other large costs of the emergency rebuild project:

Here’s a CDOT chart that shows the steps of the rebuild process: 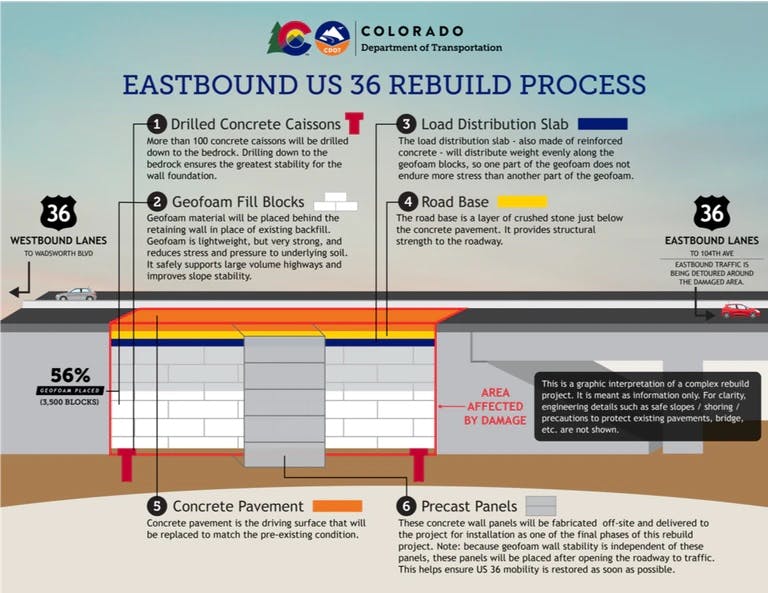 How the collapsed highway wall on U.S. 36 in Colorado was rebuilt.Colorado DOTKraemer North America was the contractor on the emergency rebuild, which included the use of the Geofoam. Here’s a video about the Geofoam installation by its manufacturer Insulfoam: 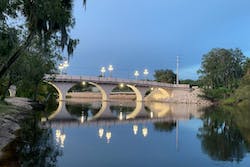 These 7 Road Projects in the South Win Recognition 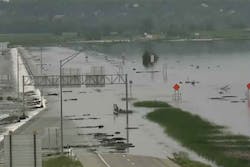 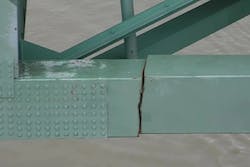 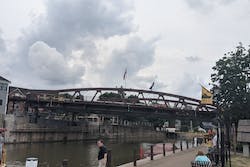