Pennsylvania’s new automated work-zone cameras have led to more than 40,000 speeding violations during 12 weeks of enforcement, reports the state department of transportation.

Violators include some driving more than 90 mph and as much 30 mph over the speed limit, according to PennDOT spokeswoman Jennifer Kuntch.

The state began the Automated Work Zone Speed Enforcement program March 9 to try to reduce work-zone crashes and protect road workers. Pennsylvania is among several states that have deployed speed cameras to work zones. Other states are considering similar laws due to mounting deaths and injuries of drivers and workers (see Speed cameras in work zones gain traction in some states).

Under a five-year pilot program approved by the legislature, the cameras can only be used when road workers are present in work zones on limited-access highways. Drivers going 11 mph or more over the speed limit will receive a warning on a first offense, a $75 fine for a second offense, and a $150 fine for subsequent offenses. Camera operations are conducted by a private company, and tickets are issued by state police by mail.

“Speeds have started to trend downward, and we are optimistic that the trend will continue,” she said. “Evidence from other states that have implemented similar programs indicates that the downward trend in speeds takes approximately a year after the start of an AWZSE program before excessive speeding trends level off. We are optimistic that we are on the same trajectory.”

During the height of the pandemic while much of the state was on lockdown, the camera enforcement was suspended between March 16 and April 20. So far, there have been 353 deployments of the AWZSE cameras, as of July 2, Kuntch says.

PennDOT says the program is not designed to generate revenue. Instead, the goal is “to reduce work zone speeds, change driver behavior and improve work zone safety for workers and motorists,” according to the AWZSE website. The locations for the cameras are posted on the site to give the public advanced warning. Signs are also posted ahead of the work zones to warn drivers of the camera enforcement.

The front and rear of a vehicle exceeding the speed limit by 11 mph or more  will be photographed, and information such as the date, time, location and speed will be sent to a back-office system. The registered owner of the vehicle will be mailed a citation. Appeals can be made by mail, online or in person.

The revenue is earmarked to pay for the program’s implementation. Any leftover revenues during the first three years of the program are to go to the state police for recruiting, training and equipment; to the state’s Motor License Fund; and to either PennDOT or the Pennsylvania Turnpike Commission, depending on where the violation occurred. In the final two years of the program, any leftover revenue goes to PennDOT or PTC, depending on where the violation occurred, to develop a work-zone and highway safety program. 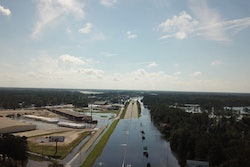 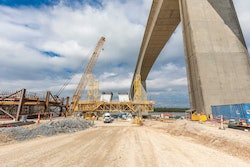 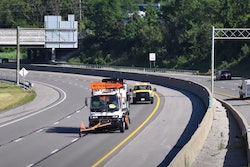