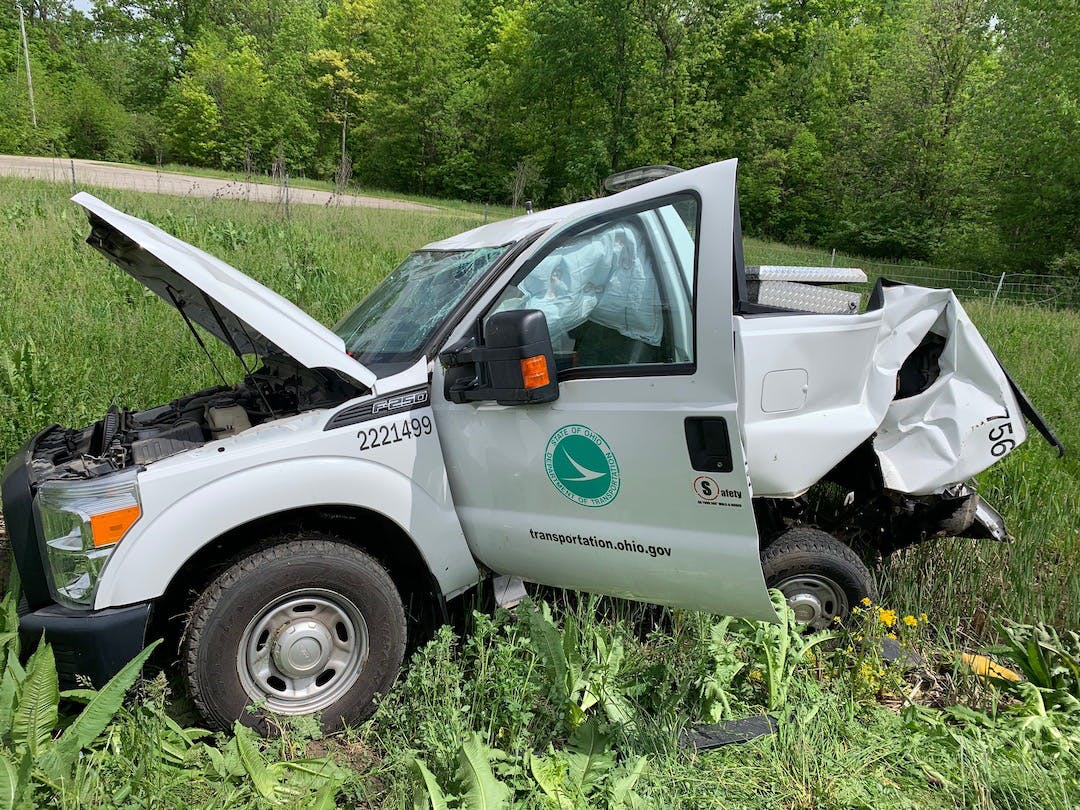 This Ohio Department of Transportation truck was hit by a tractor trailer in Crawford County, sending a worker to the hospital. The pickup was hauling an arrow board for a rolling work zone on U.S. 30. Photo credit: Ohio DOT

Though the coronavirus pandemic has enabled road construction to accelerate because of less traffic, reports of those remaining drivers taking the opportunity to speed has also made road workers more vulnerable, say some state departments of transportation.

The Ohio Department of Transportation reports that five of its work zones have been crashed into by drivers within an eight-day period, with two of the crashes injuring its employees.

The first of the crashes, on May 27, resulted in a worker being airlifted to a Columbus hospital after a tractor trailer ran into the back of an ODOT truck in a rolling work zone on U.S. 30 in Crawford County.

On June 1, another ODOT worker was treated at a hospital with an arm injury after being hit by a vehicle while he was closing a ramp.

The following incidents occurred within the next three days, with no injuries:

ODOT reports that so far this year, 16 ODOT crews have been struck while working on the state’s roads. It sent out a public notice to remind drivers of the state’s Move Over Law, which was expanded in 2013 to include every stationary vehicle with flashing lights, including those for road work.

“These crashes are 100 percent preventable,” says ODOT Director Jack Marchbank. “Our workers and their vehicles are highly visible when they’re on the road.”

The Indiana Department of Transportation says it is also concerned about worker safety because of drivers being more reckless during the pandemic. The agency told WTHI-TV 10 news that it is hearing from state police and other agencies about people driving too fast because of less traffic. Also now that most stay-at-home orders have been lifted, DOTs and law enforcement agencies are reminding people to drive carefully as more drivers take to the road.

The National Safety Council reports that the pandemic led to an 18.6 percent drop in the number of miles driven in March compared to March 2019, but the month also saw a 14 percent jump in fatality rates per miles driven.

“Disturbingly, we have open lanes of traffic and an apparent open season on reckless driving,” says Lorraine M. Martin, NSC president and CEO. 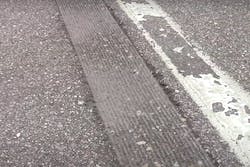 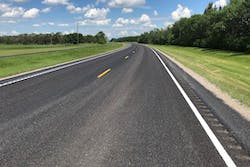 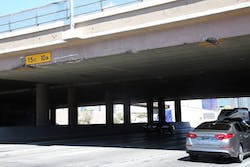 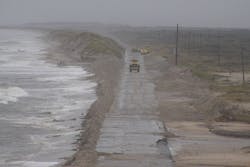