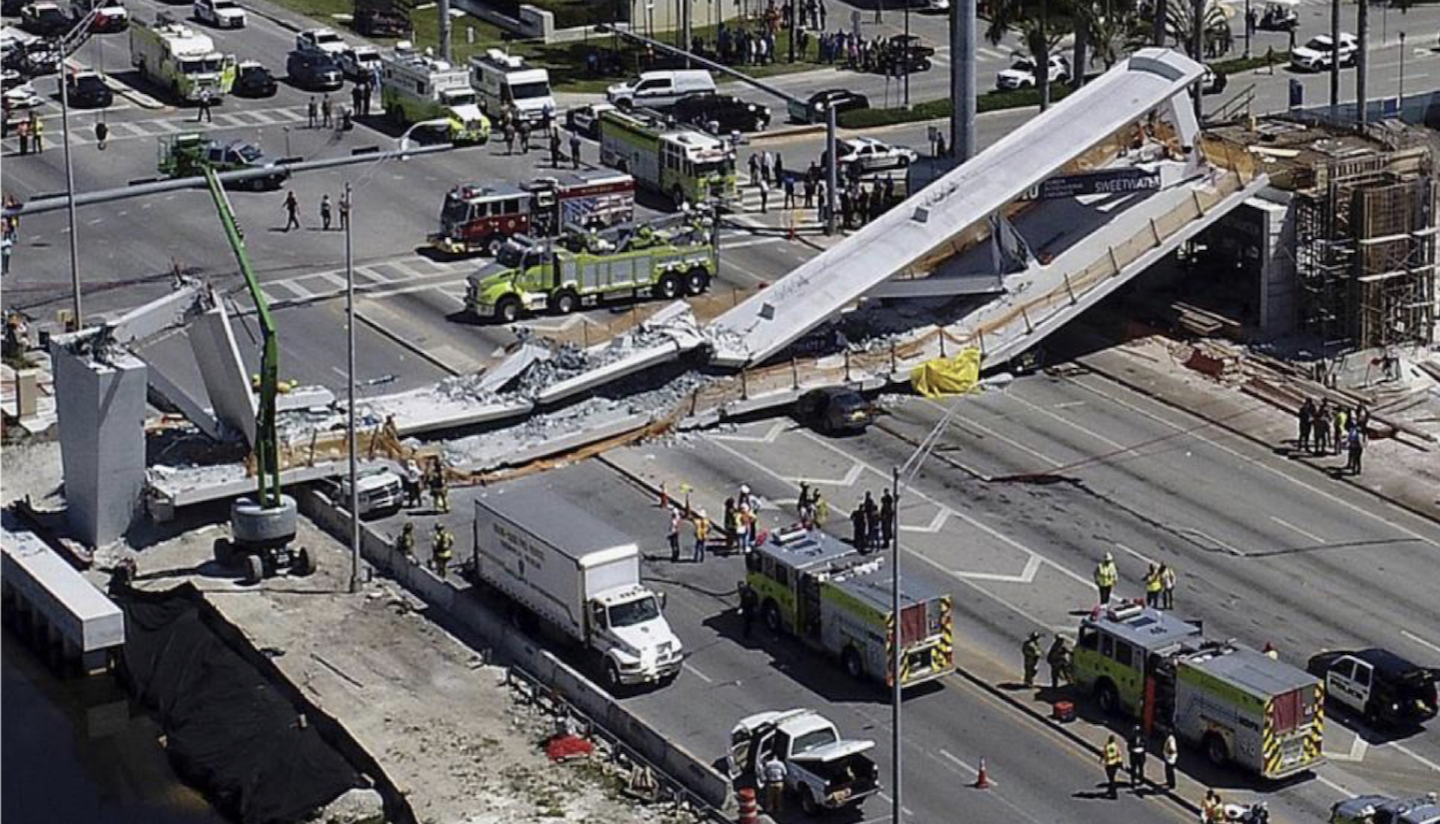 The Florida Department of Transportation says design work on the future pedestrian bridge in Miami-Dade County will begin next year. The FDOT also vowed to ensure the bridge is safely designed and built and that the agency would follow guidance issued by the National Transportation Safety Board.

The NTSB determined last year that the bridge’s flawed design and lack of proper oversight by the various entities involved in its construction led to the collapse that killed six people and injured 10 on March 15, 2018. The NTSB report said the road below the bridge should have been closed when tension tests were conducted after truss cracks were discovered.

“FDOT has learned valuable lessons since the tragic events surrounding the FIU bridge collapse two years ago. The department has worked closely with the NTSB and local partners to ensure proactive safety measures are included in the plans for this much-needed bridge,” says FDOT  Secretary Kevin Thibault. “The department will ensure all safety measures are in place and are followed so we may provide a safe option for pedestrians in this high-traffic area.”

The original bridge was to cross Southwest 8th Street at Southwest 109th Avenue. Student housing and residential towers are located on the north side of the street, in the city of Sweetwater, and the university is on the south side. The bridge was touted for its innovative design and its use of accelerated bridge construction. FIU, which hired the project team, is home to the Accelerated Bridge Construction University Transportation Center, which was established in 2013.

In its announcement of plans to build a new pedestrian bridge, FDOT said it would be in charge of the bridge’s design and construction, which is expected to take two years. It said the bridge is needed and noted that a student was killed while crossing the seven-lane road in 2017.

About $9.5 million of the cost of the future $14.6 million bridge will come from a legal settlement between FIU and the contractors on the first project, with the rest coming from federal and other grants, according to the Miami Herald.