An animation of cracks inside the West Seattle Bridge. Credit: Seattle Department of Transportation

Engineers with the Seattle Department of Transportation showed that even amid the coronavirus outbreak, bridge inspections are crucial, as they discovered rapidly growing cracks on the city’s busiest bridge.

The West Seattle Bridge was closed indefinitely March 23. An SDOT inspection March 19 revealed that cracks on girders under the concrete deck had grown, and a follow-up inspection four days later showed further growth. After the DOT reported the cracks March 23 and the need for closure, Mayor Jenny Durkan ordered the bridge’s shutdown, which occurred that evening.

“Even in the midst of a pandemic, the Seattle Department of Transportation has been closely monitoring our critical infrastructure,” Durkan said. “Last night, our engineers identified safety risks in our West Seattle high-rise bridge and are now taking swift action to protect the public by removing traffic from the bridge while next steps are assessed.” 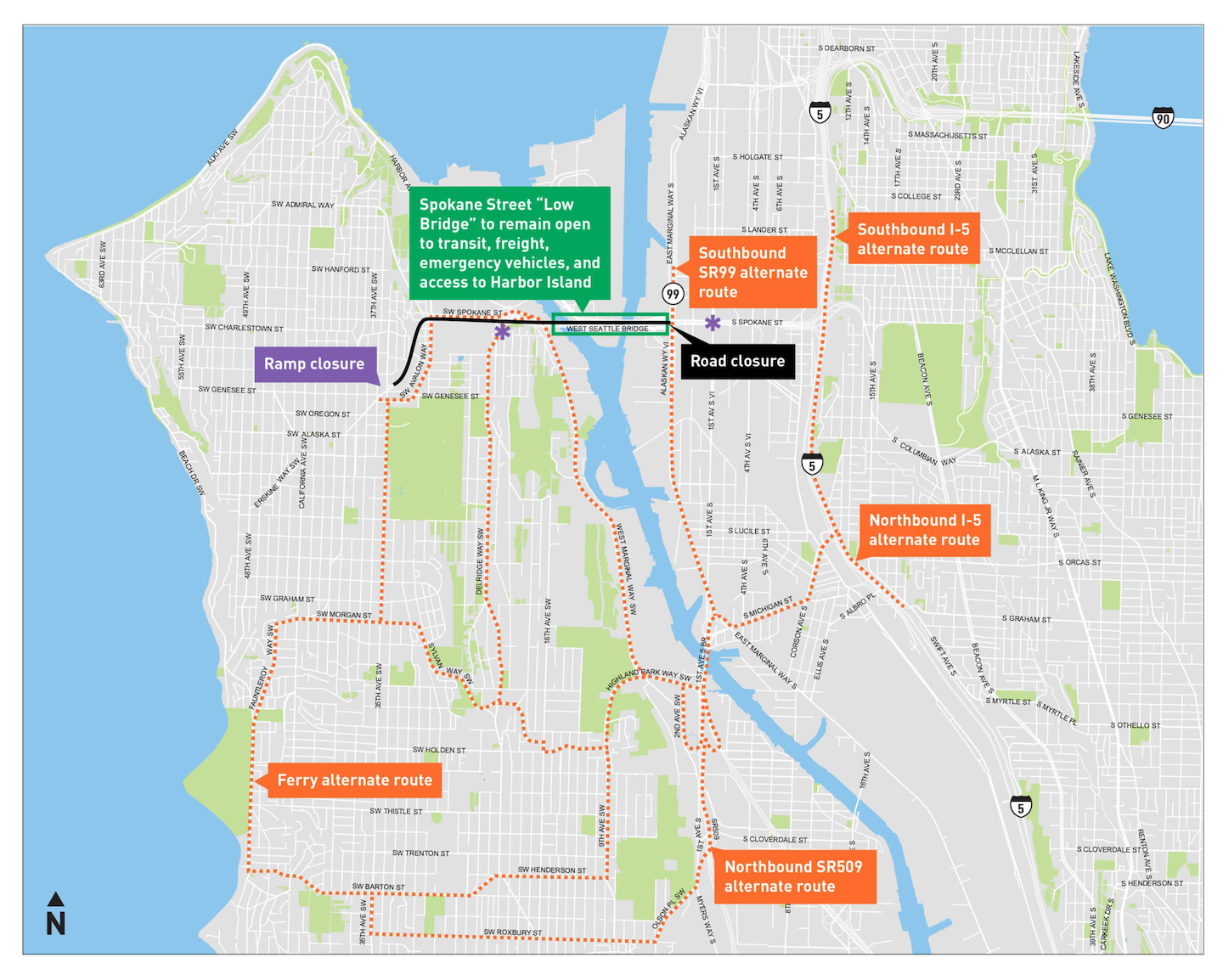 The 46-year-old bridge is between Interstate 5 and Fauntleroy Way SW and crosses Harbor Island. A lower two-lane bridge is open only to emergency vehicles, city buses and freight traffic, while general motorists must take a detour. Combined, both bridges handled about 100,000 vehicles a day, and there’s no timeline yet on when the high-rise bridge could reopen.

“We aim to return the bridge to operation as soon it is safe to do so,” SDOT says. “We will seek interim repairs with a goal of restoring some traffic and extend bridge life by 10-plus years.”

The agency is continuing to inspect the bridge structure and is performing failure modeling and preparing an emergency response plan. It will determine a contracting method and select an engineering consultant and construction team to design and install shoring and make repairs, as well as find funding for the project as quickly as possible, the agency says.

The DOT has not decided yet on the repair method but is considering a fiber wrap with additional reinforcements at key connections, the agency says. The project schedule could be lengthened if the repairs impact the Duwamish Waterway below, which would require permits from the U.S. Coast Guard. 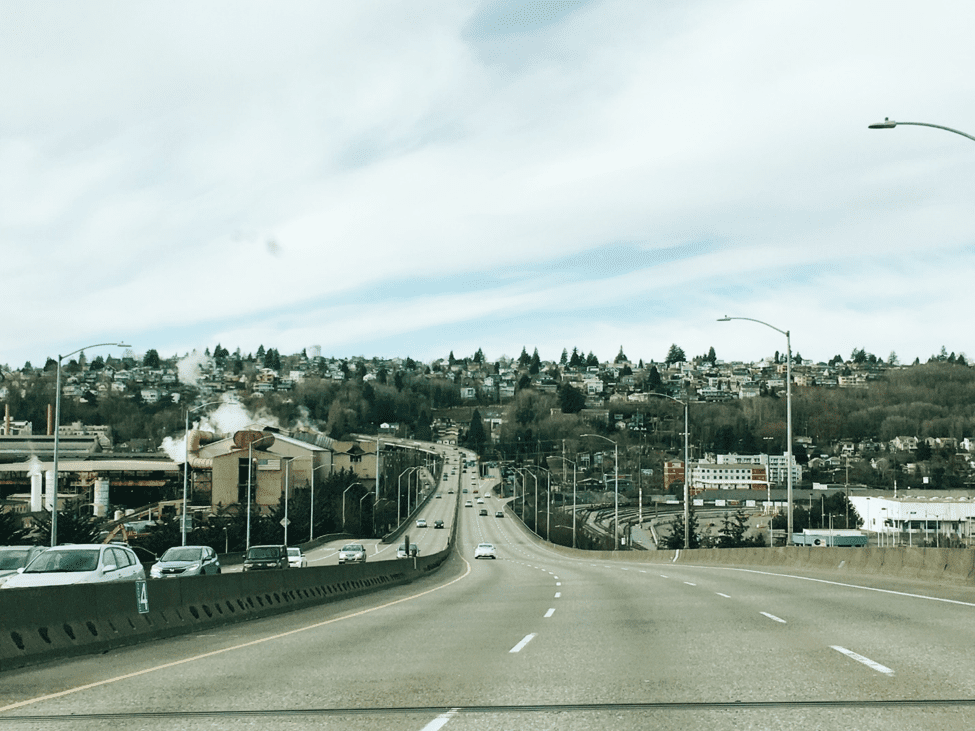 The West Seattle Bridge has been closed due to rapidly growing cracks. Credit: Seattle DOT

The bridge was originally designed with six lanes but an additional eastbound lane was added to handle increased traffic because of the city’s growth.

“This added traffic, combined with the significant increase in size and weight of commercial vehicles (including buses), has only compounded the long-term maintenance challenges posed by the West Seattle Bridge,” SDOT says. “Further, 80 percent of the bridge load is dead load, meaning deterioration is possible even when all traffic is removed.”

On March 19, cracking became a larger concern and inspections occurred daily. On March 23, crack growth had increased significantly, and at 9 a.m., the SDOT alerted city leaders to the need to close the bridge. The mayor approved the plan to close the bridge at 11 a.m., and SDOT closed it at 7 p.m., according to SDOT.