Researchers at the University of Waterloo have developed a bridge inspection system that uses six cameras with a 360-degree view mounted on robots and a remote sensing method to collect data for defect detection and analysis, making the inspections more accurate, accessible, and safer, CTV News Kitchener reports.

“There’s a lot of work that’s been going on with how to improve bridge inspection,” says researcher Nicholas Charron, according to the news agency. Six 5-megapixel cameras are mounted on a robot, providing a 360-degree view. “As it drives along, it scans and gets a full high-quality dense 3D map of the environment. Then, with the images, we can overlay that information onto this map we’ve created,” he explains.

“As we move into this technology, we can actually start to track the quantitative size of defects over time,” researcher Stephen Phillips tells the news agency, adding that bridge inspection will become cheaper and more reliable with the system. “With that we can be a lot more efficient with how we do maintenance planning which, given the state of our infrastructure, is really needed.”

The technology would eliminate human errors by finding subsurface problems with infrared cameras. Since analysis is done automatically, a user can have results within 15 minutes. The same software could be used for inspections with water vehicles, airborne drones, or buildings. 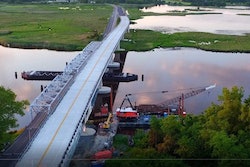 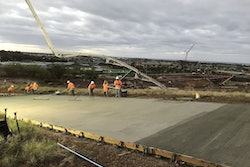 Hawaii DOT to use carbon-injected concrete for all road construction 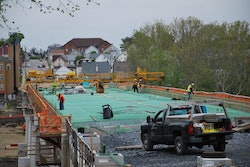