Six highway workers on Interstate 66 in Arlington, Virginia, were hospitalized after a suspected drunken driver crashed into their work zone December 5 with his SUV.

The contractors from Southern Traffic Services were installing and maintaining traffic-data stations for the Virginia Department of Transportation, according to Ellen Kamilakis, senior public affairs officer with VDOT’s Northern Virginia District.

The crash occurred in the westbound lanes at about 12:30 a.m. The injuries ranged from minor to serious, such as a head injury, internal bleeding and broken bones, and some patients had not been discharged from the hospital as of December 6, according to Kamilakis. The injuries are reportedly not life-threatening.

The driver of the SUV, Kevin Lamont Blyther, 44, was arrested on charges of driving under the influence, driving with suspended or revoked license, and hit-and-run causing injury, according to the Arlington County inmate log. Two people in the SUV had tried to run away after the crash but were stopped by police. Two of the SUV passengers were injured and taken to the hospital.

The highway workers and the work zone followed federal and state safety standards, including flashing vehicle lights, according to Kamilakis.

“They were all wearing high-visibility clothing,” Kamilakis said in an email. “A Virginia State Police trooper was also there with blue lights activated.”

Attempts to reach Southern Traffic Services for comment were unsuccessful.

The VDOT’s Northern Virginia District has been gathering tweets from well-wishers for the injured workers.

“We are really touched and overwhelmed by the outpouring of support for our injured friends,” the district tweeted. “Rest assured that we are compiling every single tweet to send to them as virtual get well cards.”

ICYMI: Need a “Faith in Humanity Restored” moment? View the virtual get well “cards” (+ new ones) for the 6 crew members injured in yesterday’s crash on I-66. And pls send ❤️ to @VSPPIO @ArlingtonVaFD @ArlingtonVaPD for caring for our injured workers!https://t.co/uhn5Ci1hL4

The VDOT also reminded the public through social media of the state’s move over law, which includes road workers with vehicles with flashing lights, and the need for driver awareness to keep road workers safe.

“We can’t say it enough,” reads the agency’s post on Facebook. “#MoveOver when you see crews working on the side of the highway (#VDOT, first responders, tow truck drivers). PLEASE:

“The road is our office & we want to send our crews home safely at the end of their shift.”

For more on the dangers of road work zones and how to make them safer, see Equipment World‘s in-depth report “Behind the Thin Orange Line.” 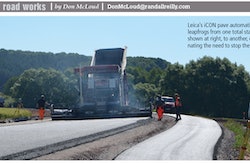 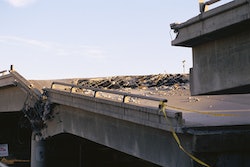 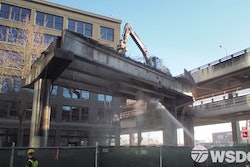 How the Alaskan Way Viaduct was demolished