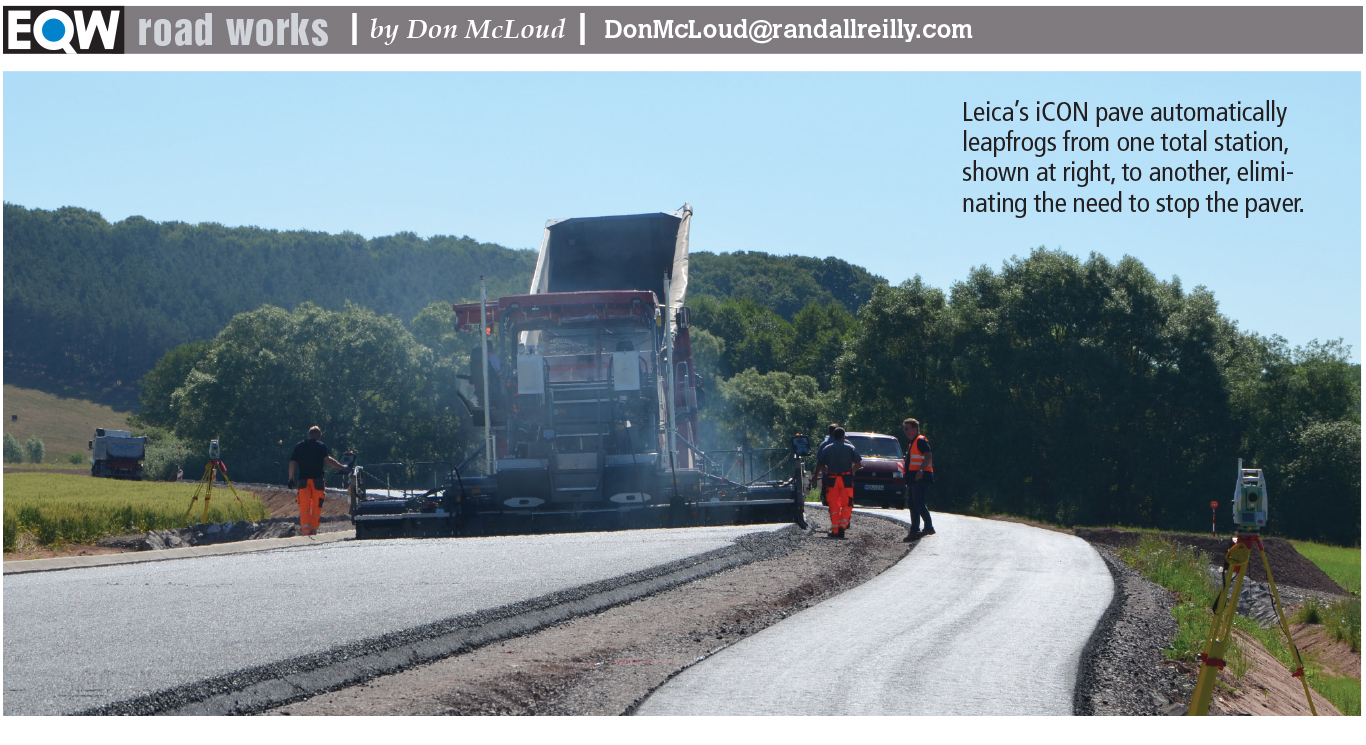 For most of the asphalt road paving market in the United States, two-dimensional machine control has become the standard.

“If you still have a paver without 2D control, you’re pretty far behind the times,” says Kevin Garcia, paving segment manager at Trimble Navigation.

Evan Monroe, Topcon Positioning machine control/construction software specialist, estimates about 90 percent of the standard paving market is using 2D control, and about 95 percent of the pavers now come from manufacturers with some type of 2D system on them. The demands of the job have driven the conversion.

“You basically don’t have a choice unless you’re just doing driveways and things of that nature,” he says.

Specifications for road projects continue to become stricter as departments of transportation and road owners seek ways to improve accuracy, road quality and make tight budgets go further. And just as the job specs drove contractors to 2D, many are also finding the same is holding true for making the switch to 3D machine control.

“A lot of contractors are moving to 3D for their paving mainly because the DOT or the owners of the project are requiring them to hit a specified or a designed elevation,” Monroe says.

“The paver technology hasn’t changed much over the past 20 to 30 years,” says Jürgen Seemann, road solution manager for Hexagon Geosystems Services, which is part of Hexagon and includes the Leica Geosystems brand.

“So when customers are looking into productivity improvements, they can’t get that much from a new paver. But they can get improvement with machine control.”

One big productivity improvement comes from eliminating the need to set out stringline ahead of a paving project and then take it down after it’s done.

“The key is to get off stringlines and everything associated with them,” Seemann says. “That is a trigger for customers looking into machine control.”

In some cases, road owners are offering bonuses for finishing projects ahead of schedule. 3D machine control allows for better project management, according to Seemann.

Some road owners are also becoming interested in Building Information Modeling, or BIM, which allows them to build a database on each road’s construction and rehab details, Garcia says. “3D systems can record all of this as you pave. The owner can build an archive database and can predict what happens in the future with roadways based on their construction and use.”

Garcia says 3D control also helps contractors become more efficient on all of their projects, even those without elevation specifications. “A lot of contractors tell us that one of the reasons they use 3D is that it helps them schedule their day and meet productivity.” That includes ensuring the right amount of asphalt, the mat thickness and a more predictable workflow.

Monroe believes 3D machine control for paving will continue to grow, as job specs will increasingly necessitate its use to prevent cost and material overruns and penalties. The systems are costly, however, as much as $75,000 to $85,000 per paver, depending on the manufacturer. But a contractor can make that money back relatively quickly, if working on large projects requiring elevation specifications.

“If you were not to use 3D machine control, you would have to go out and set up stringline,” Monroe says, “and between the survey costs and the savings, it would basically offset the cost of the machine.”

Aftermarket manufacturers of 3D machine control for pavers say training on the systems usually takes three days, more or less, depending on the skills of the paving crew and their advanced knowledge of machine control. Installation typically takes less than a day.

The training begins with dry runs and then moves to actual jobs, with trainers on standby in case of issues.

When deciding whether to make the switch to 3D control, unless it’s being required on a job, examine the types of projects on which you will use it.

“It wouldn’t necessarily be used in parking lots unless there’s really detailed information or changes in the surface itself that would require the 3D application,” he says.

Garcia notes that in some cases, contractors might be better served by a 2D paving system, depending on the type of work they are doing and if 3D milling has been used first.

“I’m a firm believer in fixing everything with the mill and making the asphalt paver’s life easier instead of trying to fix it with the last piece of equipment,” he says. “Fix it with 3D mill and there’s no need to 3D pave.”

Garcia recommends 3D control for road resurfacing when 3D control was not used on the milling machine, especially if the road has an International Roughness Index (IRI) of over 170 inches per mile. But if 3D milling was used, he says, then 2D control will be fine.

With new roads, if 3D control was used on the motor grader, 2D should be acceptable as well to achieve ride quality, if the project does not have elevation specifications, Garcia says. 3D could still be used in those applications, however, to maximize efficiency.

Seemann believes 3D control ideally should be used throughout a project, from beginning to end, not just when paving. “Machine control is not just a tool to correct mistakes on the last layer,” he says. “We suggest using machine control paving from the bottom up, regardless of what type of job, either new roads or road renovations.”

If you’re considering retrofitting your paver with 3D machine control, here’s a look at the aftermarket offerings of the major players in the market. 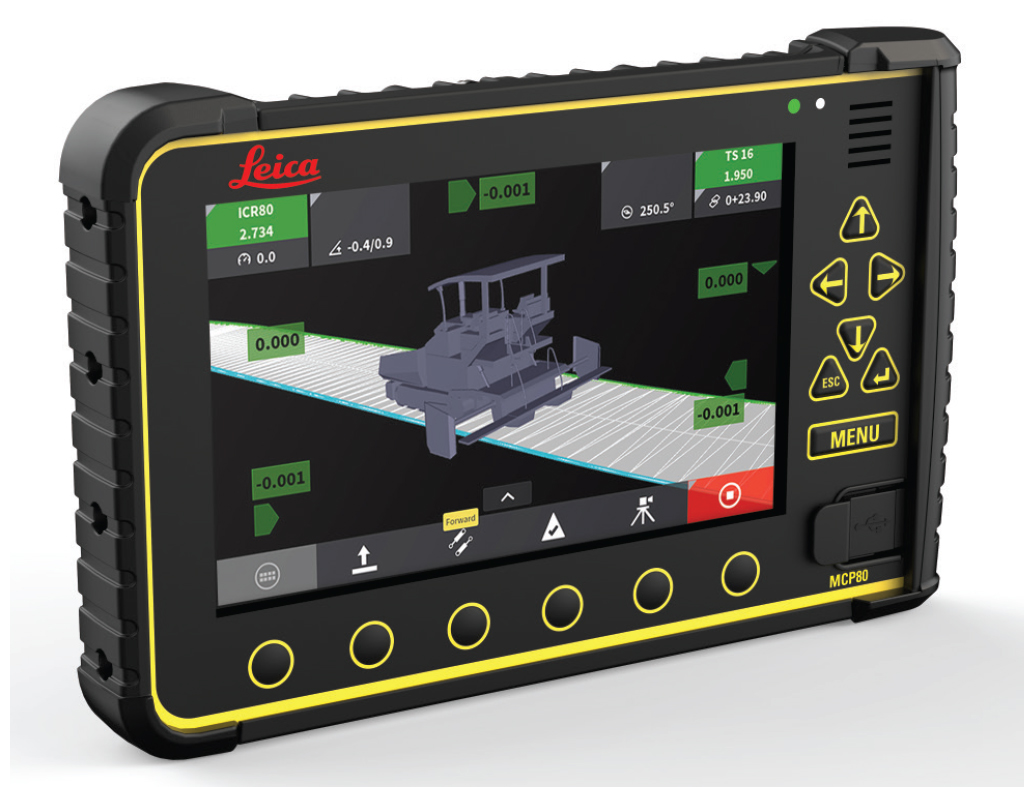 The system automatically leapfrogs from one total station to another, eliminating the need to stop paving to manually pair the paver controls with the next robotic station.

The system also includes a docking station that remains on the paver, but the panel itself can be moved from machine to machine. “Contractors that do milling and paving as subsequent operations can move the panel from the milling machine to the asphalt paver when needed to ensure a seamless workflow,” Seemann says.

The software has a similar user interface with all other Leica machine control systems, including excavators. “This helps contractors use Leica systems across their machine portfolio, and it shortens the training curve for new operators,” he says.

A new cloud-based collaborative platform called Leica ConX allows contractors to download the project file as quickly as 5 minutes before paving starts to accommodate any late changes, not something that can be so easily done when working with stringline. Data from the paver can also be synced back to the office computers for monitoring.

Seemann notes that sometimes the job requires matching an existing road side, while correcting the grade and slope on the other side. The iCON pave system allows operators the flexibility to switch between 2D and 3D control.

The system also has quick access buttons to its menu and is compatible with all major paver brands, Seemann says. 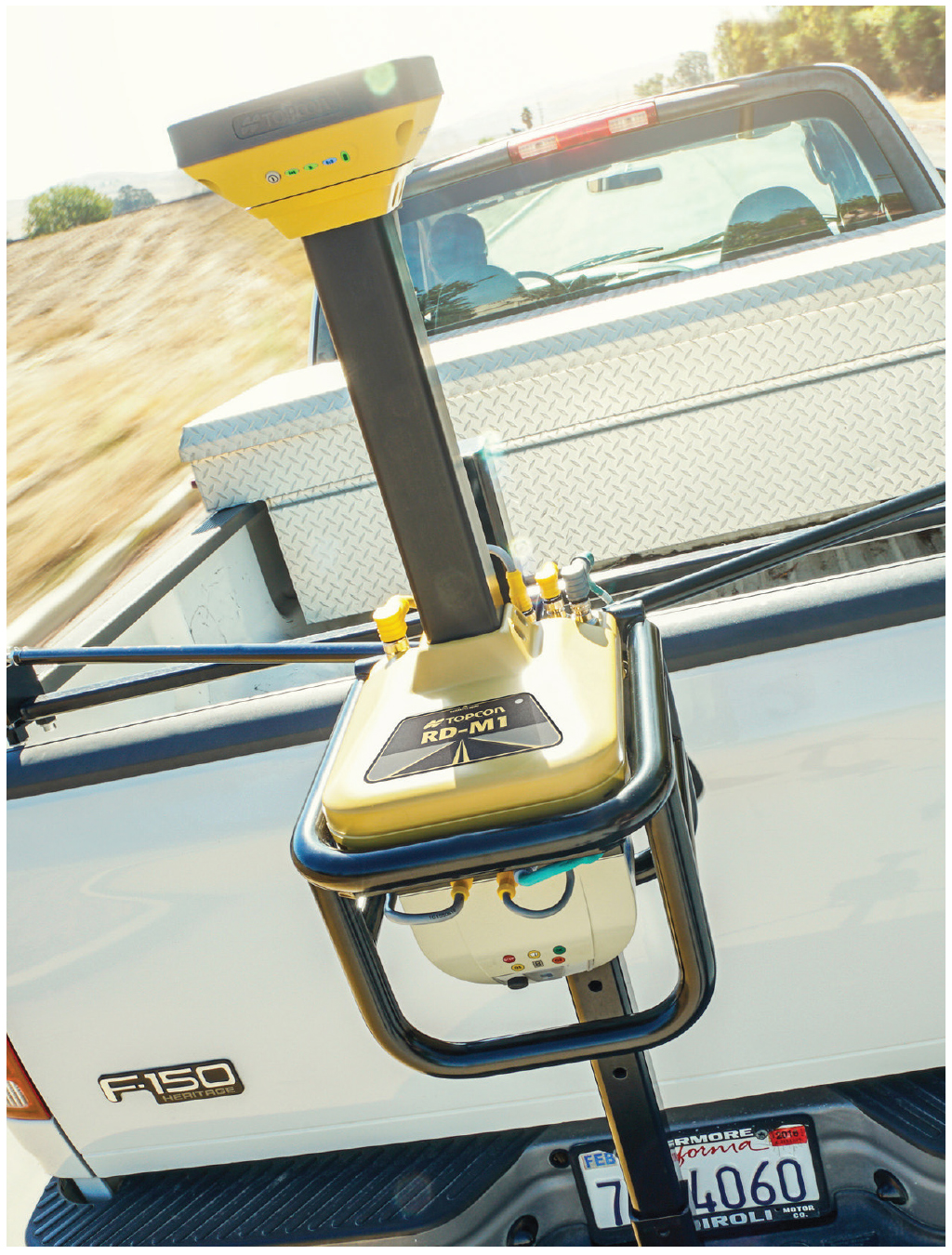 Topcon’s SmoothRide system starts with its RD-M1 Scanner, which when attached to a vehicle can scan the road set to be resurfaced at highway travel speeds even during traffic. The scanned information is then used to create a digital terrain model for the paver control.

That eliminates the need for crash trucks and lane closures to conduct survey work, according to Monroe. The scanner can be switched from vehicle to vehicle within 25 minutes, he says.

“We’ve had contractors that own the product say that it’s saved them up to 20 days on an individual project,” he says.

The system uses LIDAR remote sensing to gather a detailed “picture” of the road’s surface. “Because we know exactly what the surface underneath us is representing, we can know our exact depths at any location and actually smooth that profile in the software before the paver ever hits the ground,” Monroe says.

For jobs that have minimum and maximum thickness requirements, the software automatically applies a longitudinal average, smooths the profile and identifies areas that exceed those limits. Any changes to the model result in a live update of the material tonnage needed. Then it is exported to the paver control.

Monroe calls SmoothRide a hybrid system, in that it uses 2D control for the vertical curves and 3D control for the horizontal curves. The 2D control allows the operator to control material yield and rideability, he says. “You don’t have to have that dedicated survey control that 3D paving is usually associated with,” he says.

The system also eliminates the need to reset robotic stations every 300 to 400 feet, as it can operate 4 to 5 miles from the station. 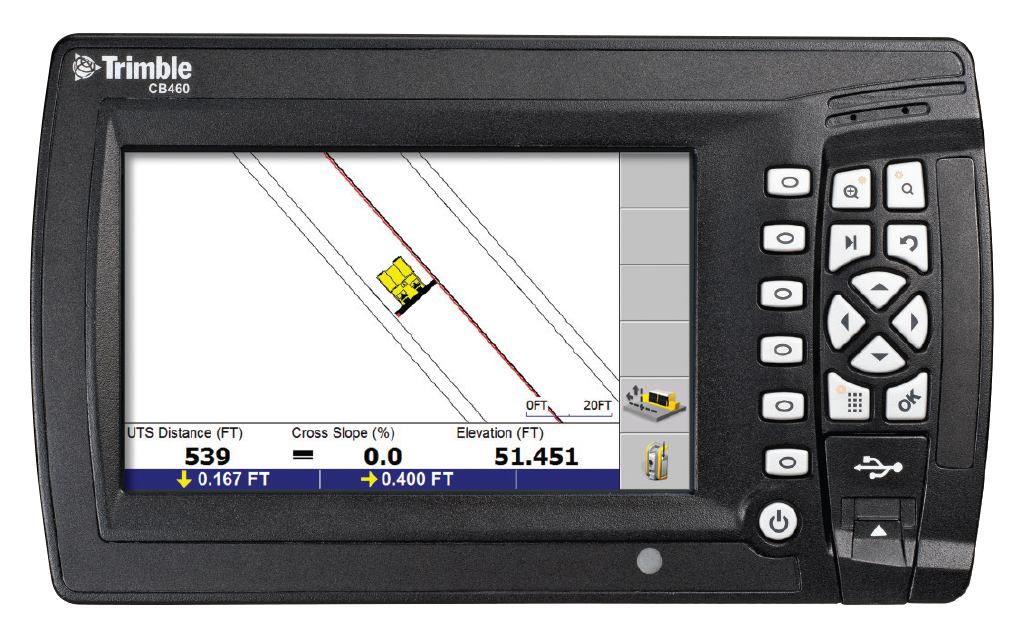 Garcia says the system excels at recognizing and adjusting for errors as the paver moves between stations. The system makes “hot swap transitions” to instantly set up the next station without stopping the paver. “The contractor doesn’t have to make final adjustments every time they transition the instruments,” he says.

Along with the total station, the system consists of a control box on the paver that houses the software and operator display and where the project design is loaded. It displays the measured and target values of the cross slope and mat thickness at the same time.

The 3D paving models are developed through Business Center – HCE software, which creates uncompacted surface designs for the paver. The designs will automatically guide the paver to lay more material above low areas and less material in high areas.

The Trimble system is compatible with any paver built in the last 10 years, Garcia says. It requires an underlying 2D system and works with most OEM factory 2D systems, or Trimble can install its PCS400 2D system. The 3D system can be installed in half a day, he says.

Garcia touts Trimble’s SITECH distribution channel with locations throughout North America and the world to help with the adoption of the technology. “If a paver has an issue, they can be there within minutes or hours, not days or weeks,” he says. 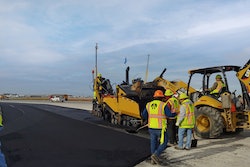 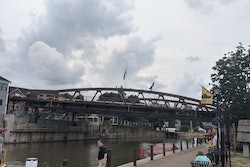 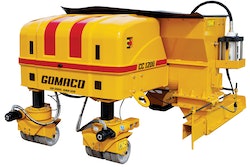