The Illinois Tollway has reached agreements with local governments for major new interchanges projects that will provide more access and economic development in the western suburbs of Sugar Grove and Marengo, officials say.

The tollway has new agreements with the Village of Sugar Grove, Kane County and the Illinois Department of Transportation (IDOT) and the City of Marengo, McHenry County with IDOT, that authorize the financing and construction of the interchanges.

“These projects are bringing out the best from all involved in a show of intergovernmental cooperation and coordination of limited transportation funding resources,” says Illinois Tollway Executive Director Liz Gorman in a press release.

“As part of our Move Illinois capital program, the Illinois Tollway has committed to invest in local interchange improvements like these that have the most potential to enhance regional mobility.”

The project will also include rehabilitation of the existing Illinois Route 47 Bridge over I-88. Existing ramps constructed in the 1970’s provide only for travel to and from the west on I-88.

“A full-access interchange will put us on the map to kick start economic development and will open up access between the tollway and along Illinois Route 47, a regional north-south transportation route extending from Wisconsin into Central Illinois,” says Sugar Grove Village President Sean Michels.

“These are improvements that will benefit the residents and businesses in Sugar Grove as well as Elburn and western Kane County.”

Officials say the $33.4 million Illinois Route 23 Interchange Project on the Jane Addams Memorial Tollway (I-90) will create a new, full-access interchange with local road improvements including construction of a roundabout intersection at Illinois Route 23 and Harmony Road and new roadway lighting.

This will be the first direct interstate connection to I-90 constructed in McHenry County.

“This project is a great opportunity not only for Marengo, but for McHenry County and Northern Illinois as a whole. We hope it will attract much needed industrial development and bring jobs to the area,” says Marengo Mayor John Koziol. I would like to thank the tollway, IDOT and McHenry County for their continued support of this project.”

Consistent with the Tollway’s Interchange  and Roadway Cost-Sharing Policy requiring local communities to cover the remaining cost of interchange improvements, the local share will be split: IDOT will contribute approximately 25 percent and the remainder will be funded by Sugar Grove and Kane County and Marengo and McHenry County.

Both Marengo and Sugar Grove also have already funded the cost of preliminary design and engineering studies, as required by the tollway, a press release says

The Illinois Tollway’s 15-year, $14 billion capital program, Move Illinois: The Illinois Tollway Driving the Future, is improving mobility, relieving congestion, reducing pollution, creating as many as 120,000 jobs and linking economies throughout the region.

The Illinois Tollway is a user-fee system that receives no state or federal funds for maintenance and operations. The agency maintains and operates 294 miles of roadways in 12 counties in Northern Illinois. 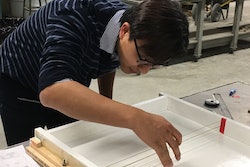 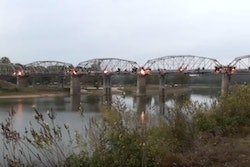