In Georgia, there’s been progress on infrastructure  – yet plenty of transportation projects that are needed to ease congestion, fix deficient bridges and maintain an aging system still face a lack of funding

Despite additional funding for some projects in Atlanta and the rest of Georgia, a long list of vitally needed projects will lack sufficient funding to proceed in the next few years, officials say, and those roads that are in good shape now could begin to slip.

Additional investment is still needed to improve road and bridge conditions, relieve congestion, enhance safety and accommodate projected growth, according to a report released May 31 by TRIP, a national nonprofit transportation research group based in Washington, D.C.

“Thanks to the support of elected leaders who understand the critical role that our state’s infrastructure plays in our economy and quality of life, we are making historic levels of investment and are able to better plan for future growth,” says Russell McMurry, Georgia Department of Transportation commissioner, in a press release.

“That said, additional funding is without question still necessary in order to fully meet our needs, and we are hopeful we will be able to attract federal support while identifying additional state and local resources.”

Click here to see the report, including a chart that lists needed projects in the state’s largest urban area and statewide that lack sufficient funding to proceed before 2022. Also listed in the report are projects throughout the state that will be completed or underway by 2021, partially as a result of the increased transportation funding in Georgia.

To be sure, the 2015 passage of Georgia’s Transportation Funding Act (TFA) has allowed the state to address many of its transportation challenges by investing in road, highway and bridge repairs, roadway safety improvements and congestion relief.

The report, “Modernizing Georgia’s Transportation System: Progress & Challenges in Providing Safe, Efficient and Well-Maintained Roads, Highways & Bridges,” examines the impact of these additional funds provided by the act – a total of $5.4 billion from 2016 to 2021. That’s, on average, about $900 million per year.

The act replaced the existing gasoline tax with an excise tax of 26 cents per gallon on gasoline and 29 cents on diesel (which will be indexed on the Consumer Price Index and Georgia CAFE standards).

Other provisions included adding a $200 fee on personal electric vehicles.

Despite this progress, other projects that are needed throughout the state don’t have enough funding to get under way before 2022, with many of those outside the state’s largest urban areas.

Traffic crashes in Georgia claimed the lives of 6,876 people between 2013 and 2017. The rate of traffic fatalities in Georgia of 1.27 per 100 million miles of travel is above the national average of 1.18, TRIP says.

“Ensuring the safety of drivers throughout our state should be at the forefront of our transportation planning process,” says Seth Millican, executive director of the Georgia Transportation Alliance.

“That includes access to public transportation, which is one of the greatest tools we have to address both congestion and safety by taking cars off the roads. The legislation passed by the General Assembly earlier this year was a tremendous step forward in addressing this need, which will only become more critical as our population continues to grow.”

While the state faces an aging transportation system, Georgia’s population is anticipated to increase by 2.5 million people by 2040. Vehicle travel in the state is growing at the second highest rate nationally since 2013.

The TRIP report found that traffic congestion throughout the state is worsening. It causes 56 annual hours of delay for some drivers and costs as much as $1,226 annually per driver in lost time and wasted fuel, the organization says.

Five percent of bridges are deficit

And according to the TRIP report, 5 percent of Georgia’s bridges are structurally deficient.

TFA’s additional funding has enabled GDOT to increase by three-and-a-half times the annual number of bridges it can repair, reconstruct or replace.

Some of the worst roads to be improved; others face decline

While additional transportation funding provided by the TFA will allow GDOT to reduce the share of state-maintained roads in poor or bad condition, it is not adequate to prevent the share of state roads and highways in excellent or good condition from declining, either.

The share of state-maintained roads in bad or poor condition is projected to fall from 13 percent in 2016 to zero by 2019.

But the share of state-maintained roads in excellent or good condition is projected to decline dramatically – falling from 49 percent in 2016 to 15 percent in 2024.

Officials say the efficiency and condition of Georgia’s transportation system, especially its highways, is critical for the livelihood of the state’s economy.

Annually, $790 billion in goods are shipped to and from sites in Georgia, relying heavily on the state’s network of roads and bridges.

Increasingly, companies are looking at the quality of a region’s transportation system when deciding where to re-locate or expand. Regions with congested or poorly maintained roads may see businesses relocate to areas with a smoother, more efficient and more modern transportation system, officials note.

“While the recent influx of funding has allowed Georgia to make strides in improving its transportation system, more work still needs to be done to accommodate and capitalize on the tremendous growth projected for the state,” says Will Wilkins, TRIP’s executive director.

“Georgia will need to continue to make transportation investment a top priority.” 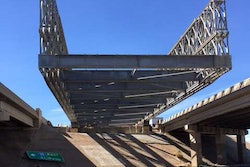 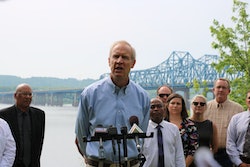 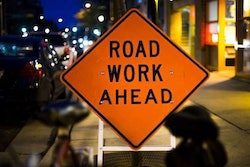