Work has officially began on the six-lane, cable-stayed Gordie Howe International Bridge that will span the Detroit River between the United States and Canada, the Associated Press reports. Work commenced on the Canadian-financed portion of the bridge, which is expected to open in 2024.

A groundbreaking event on October 5 was marked by a celebration that was attended by Canadian Prime Minister Justin Trudeau and Michigan Gov. Rick Snyder.

The 1.5-mile bridge, which has an estimated cost between $2 billion and $3 billion, will have longest main span of any cable-stayed bridge in North America.

On July 5, the Windsor-Detroit Bridge Authority, a Canadian nonprofit corporation, chose Bridging North America to be the “preferred proponent” in charge of the public-private partnership to design, build, finance, operate and maintain the future bridge linking Detroit, Michigan, and Windsor, Canada.

The bridge’s main span will extend 2,798 feet and will have no piers beneath it, making it the longest such span on the continent, according to the authority. Overall, the bridge will be the fifth longest in North America.

The video below, courtesy of the Windsor-Detroit Bridge Authority, was taken during the celebration event. 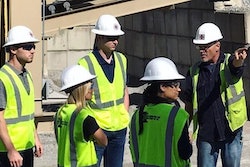 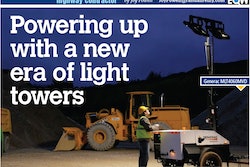 Nighttime jobsites, work zones brighter than ever in new era of light towers 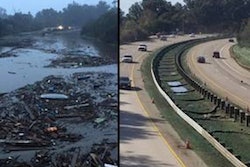