According to The Hill, the bill would call for federal investment in infrastructure projects and grant programs through at least 2021 that includes billions of dollars in grant funding and trillions in appropriations for projects of national significance.

According to the news outlet, the draft bill calls for a 15-cent-per-gallon tax on gasoline and a 20-cent-per-gallon tax on diesel that would increase over a period of three years, after which time the fees would be indexed to inflation before being eliminated in September 2028. The plan includes “corresponding increases in similar user fees on alternative fuels,” such as a 10 percent tax on the price of electric car batteries and bicycle tires for adults. The draft also calls for grants for national infrastructure projects, with 30 percent going toward rural projects.

The proposal also aims to reform the Highway Trust Fund (HTF) to keep it solvent and would establish a 15-member HTF Commission to study the nation’s highway system and submit a report on its findings by Jan. 15, 2021.

According to the news agency, Shuster issued a statement saying that the proposal was crafted using input from both parties, as well as “a broad group of infrastructure stakeholders.”

“This discussion draft does not represent a complete and final infrastructure bill,” Shuster continued, according to The Hill. “It is meant to reignite discussions amongst my colleagues, and I urge all members to be open-minded and willing to work together in considering real solutions that will give America the modern day infrastructure it needs. Over the coming weeks and months, I look forward to additional input from my Republican and Democratic colleagues in order to prepare a bill for congressional consideration.” 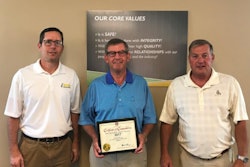 WSDOT chief Millar: “We cannot build our way out of congestion”