Chances are, you’ve probably driven on a road that Pete Ruane had some type of hand in influencing. Ruane, the CEO of the American Road and Transportation Builders Association, has been called “the dean of transportation lobbyists,” by Congressional Quarterly. Ruane has been a leading force in federal transportation investment policy and politics in the nation’s capital for more than 40 years.

An oft-time witness at congressional hearings and counsel to administrations from both political parties, he is a familiar face in these halls who has advised and served on post-election presidential transition teams. And now, after three decades of dedicated public service, Ruane is fixing to retiring this fall.

President and chief executive officer of the ARTBA, he’s announcing that he will retire in October after 30 years of service.

Ruane is the longest tenured head of the 116-year-old organization.

After Ruane’s departure, ARTBA Executive Vice President and Chief Operating Officer William D. Toohey, Jr. will act as CEO until the new top executive appointment is made and transitioned.

“It has been my honor and privilege to serve ARTBA and help advance its mission of ensuring solid investment in transportation infrastructure to meet the demand for safe and efficient mobility,” Ruane says in a statement.

“The nation’s economy and quality of life literally ride on the fine work done by the men and women in this industry. I’m proud to have been supporting them. This organization has incredibly strong volunteer leadership and an outstanding staff.  I believe it is well-positioned to meet the challenges and opportunities of the future.”

In a press release, ARTBA Chairman Matthew Cummings, executive vice president of Americas Transportation for the international design and construction firm AECOM, notes that when Ruane joined ARTBA in 1988, the total annual federal investment in the U.S. highway and transit programs was $16 billion.

Today, that figure is about $60 billion.

“Pete’s passion for ARTBA’s mission and his successful industry leadership over the past almost three decades cannot be overstated. He has built ARTBA into a highly-respected, formidable operation on multiple fronts—government relations, policy development, economic research and analysis, safety training and promotion,” says Cummings.

“He leaves behind a powerful legacy both in Washington and the industry. Pete brings an unrivaled industry presence, a dedication and drive that are truly one of a kind.”

An industrious career in lawmaking, transportation

Ruane was instrumental in the creation and leadership of the Transportation Construction Coalition (TCC), now in its 22nd year, which includes 31 national associations and labor unions; as well as the 105-member Alliance for Truth in Transportation Budgeting, which successfully pushed reforms to end the long-time impoundment of Highway Trust Fund revenue; and the U.S. Chamber of Commerce-led Americans for Transportation Mobility (ATM), which he was vice chair.

In a prescient move, in 1990 Ruane encouraged ARTBA to create its eighth permanent membership division—Public-Private Partnerships in Transportation—to help develop and move federal legislation that would foster private investment in transportation projects to supplement public funding.

The association played a key role in opening this door in the 1995 highway bill which allowed, for the first time, states to be reimbursed with federal funds for bond principal, interest costs and insurance on Title 23 projects.  The law also made significant changes in federal loan policies for toll highway and bridge projects, the press release says.

For his leadership in the 1998 enactment of TEA-21, the $198 billion guaranteed, six-year surface transportation authorization law, Ruane was the first association executive ever selected to receive the American Public Works Association’s “Distinguished Service Award.”

He was also selected as one of Engineering News-Record magazine’s “Top Newsmakers of 1998” worldwide.  Public Works magazine named him one of its 2005 “Trendsetters” for his leadership in enactment of the 2005 SAFETEA-LU surface transportation program authorization.

On Ruane’s watch, ARTBA moved into the federal environmental litigation arena. In 1993, it successfully sued the U.S. EPA over proposed expansion of Clean Air Act transportation conformity regulations. The association has earned landmark rulings thwarting state agency efforts to regulate and limit the use of heavy construction equipment on transportation projects sites and also in ensuring the transportation construction industry has legal standing in federal court challenges against approved state and regional transportation plans.

Under Ruane’s stewardship, ARTBA also developed and launched nationally acclaimed economic research, safety and education programs.  Among them are the Transportation Investment Advocacy Center™, the National Work Zone Safety Information Clearinghouse, TransOvation and the “Safety Certification for Transportation Project Professionals” (SCTPP) program. The SCTPP was awarded ANSI accreditation under the ISO/IEC 17024 international standard for professional certification in May 2018, a unique achievement.

Ruane is a past chairman and current director of the Small Business Legislative Council (SBLC), a permanent coalition of over 50 trade associations representing small business interests in Washington, D.C. He is also an officer of the International Road Federation (IRF) and a trustee of the ARTBA Transportation Development Foundation.

Ruane, a decorated U.S. Marine Corps officer, served in the Vietnam War. He earned a doctorate in public administration at the George Washington University in Washington, D.C., holds a master’s degree from Pennsylvania State University and is a graduate of Loyola University in Baltimore, Maryland.  He holds the professional designation Certified Association Executive (CAE).

A long-time advocate for Catholic education, Ruane has held numerous volunteer leadership positions in that arena.  He has served as chairman of the Loyola College Board of Advisors and chairman of the St. Mary’s Annapolis School Board, a press release says.

For five years, he served as the first lay chairman of the Calvert Hall College High School in Baltimore.  In 2015, Ruane was voted into the school’s Hall of Fame.

He and his wife of 50 years, Pat, reside in Annapolis, Maryland. 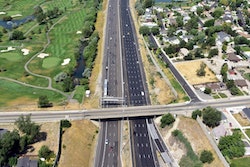 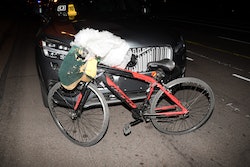