The Longfellow Bridge between Boston and Cambridge reopened to traffic at 5 a.m. Thursday morning, May 31, 2018, after the completion of a five-year, $300 million rebuilding project that upgraded the bridge’s structural capacity, New England Cable News reports.

The project improved vehicle lanes and added separated bike lanes, sidewalks on both sides of the bridge, and MBTA Red Line infrastructure.

According to the news agency, Massachusetts Gov. Charlie Baker released a statement saying the completion of the project was his administration’s commitment to improving “the reliability of core transportation infrastructure. The Department of Transportation is reaching this milestone not only due to the hard work of the work crews and engineers but also the support and coordination with local leaders and members of the public,” he said.

According to Massachusetts DOT officials, the final bridge design was a result of public feedback.

“Our administration has been proud to work closely with Boston, Cambridge, and key stakeholders to rehabilitate the Longfellow Bridge to increase accessibility while maintaining the historical significance and notable design of this structure,” said Lt. Gov. Karyn Polito, according to the news agency. 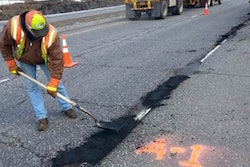 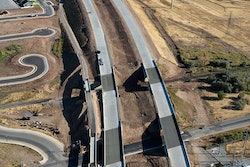