The 45 projects include those for improving highways, bridges, and bike and walking paths spread among 22 counties. The projects are being funded by the Pennsylvania Department of Transportation’s Multimodal Transportation Fund.

The next round of applications for the fund are due by March 30. In the current round, PennDOT received 222 applications requesting more than $241 million.

Projects receiving funding are as follows:

Berks County Industrial Development Authority — $700,000 for intersection improvements at Aviation Road and Route 183 to support an industrial park that will create 500-600 jobs.

Millcreek Township — $157,500 for replacement of Asbury Bridge, a structurally deficient/weight limited bridge that currently restricts emergency, commercial, and recreational vehicles from utilizing a key portion of both Clarion and Millcreek townships.

City of DuBois — $670,000 to extend walkways on both sides of South Main Street, North Main Street and DuBois Street beginning at Grove Avenue and terminating at Hamor Street.

Bell Township — $823,839 for reconstruction of Airport Road to provide improved access for residential and commercial vehicles and improved safety and accessibility for multimodal traffic.

Warwick Township — $1.9 million for the extension of Sixth Street, including implementing traffic calming measures and increasing motorist, bicycle, and pedestrian safety for the growing population in the greater Warwick/Lancaster area.

Borough of Coopersburg — $175,000 for traffic and pedestrian improvements to Route 2045 (Main Street), including pedestrian crosswalks and handicap accessibility at seven key intersections, as well as 0.27 miles of curb, sidewalk, and pedestrian lighting.

City of Easton — $450,000 for improvements to Wood Avenue, including eliminating cross traffic on seven of the 13 intersections, adding traffic calming measures to the other six intersections, implementing right-hand turns only, and restricting parking to one side of the street.

Forest City Borough — $273,000 for a streetscape project along the east side of the 400, 500, and 600 blocks of Main Street, including replacement of concrete sidewalks and installation of pavers, shade trees, and decorative period lighting. 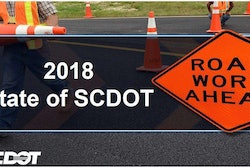 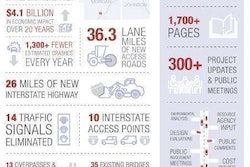 Environmental statement released for planned I-69 in Ind. 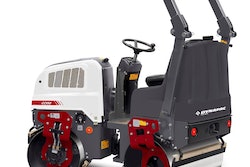