A new poll finds that 81 percent of those who watched President Donald Trump’s State of the Union address say they want Congress to pass an infrastructure bill this year.

The Association of Equipment Manufacturers (AEM) commissioned the poll by Morning Consult, a privately held technology and media company.

It found that four out of five viewers – including two-thirds (67 percent) of Democrats who watched Trump’s address –  say both parties and Trump should work together to pass an infrastructure bill.

“This poll clearly shows that there is strong and bipartisan support for Congress to take on infrastructure now,” says AEM President Dennis Slater.

“It is time for Washington to get to work and introduce legislation to make President Trump’s $1.5 trillion infrastructure plan a reality.”

Those who watched Trump’s speech indicated high confidence in his handling of infrastructure as an issue, AEM says.

Sixty-five percent answered that they were “very” or “somewhat confident” in the president’s promise to rebuild U.S. infrastructure. That includes 59 percent of self-described independent voters, AEM says.

Americans ‘of every stripe’ want infrastructure

“But the biggest takeaway is that Americans of every political stripe want infrastructure in 2018,” AEM says in a press release.

“The poll found that 73 percent of Democrats and 75 percent of Independents want Congress to act on infrastructure this year.

Slater stresses: “These results show why it is important for AEM and the broader business community to redouble our work to ensure Congress passes an infrastructure bill.”

To read a transcript of Trump’s address, click here.

Equipment manufacturers are ramping up advocacy efforts this year to urge Congress to act on infrastructure, the group says.

AEM says its grassroots advocacy campaign, I Make America, has already generated thousands of messages to President Trump and members of Congress.

The campaign will travel around the country for a series of events at manufacturing facilities to highlight the priority need for action on infrastructure.

And AEM also continues work on its Infrastructure Vision 2050 thought-leadership initiative to generate specific policy ideas and build support for an infrastructure bill.

Editor’s note: The poll has a margin of error of +/- 2 percent for all respondents, and margins of error for these subsamples: Republicans (3.2 percent), Independents (4 percent), Democrats (3.9 percent) and conservatives (3.3 percent). 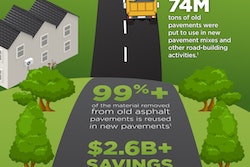 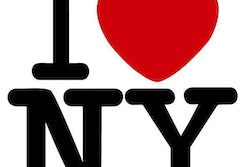 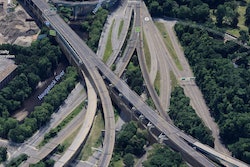