Fast forward four decades , and it appears we just experienced the Summer of Electric drive vehicles, or EVs, in 2017. No less than GM, Volvo, Daimler, Honda, and even Dyson – yes, the vacuum cleaner people – have announced a coming EV in the last few months.

Lest you think these are all flyweight vehicles, Cummins in collaboration with Rousch has developed a prototype Class 7 hybrid electric “urban hauler tractor,” the Aeos. Cummins also recently bought Brammo, a company that makes electric storage technology for mobile applications. And, snatching the most headlines of all, Tesla unveiled its own electric drive semi-truck.

In three years’ time, we’ve gone from a handful of Teslas and Nissan Leafs to every major manufacturer committing to ambitious EV programs. And there are dozens of smaller companies and start-ups fighting for a piece of the market.

As much as I enjoy debunking environmental pipe dreams, I’m having no luck finding one here. Extraction of lithium, the key material in most of these EV batteries has a few minor environmental challenges. EVs also present some logistical difficulties: a shortage of charging stations, battery life, vehicle range and the cost of the electric “fuel.”

Skeptics in the media holler a good deal about these problems. But there are no engineers among the skeptics, and from what I see, some of the best minds in the country are working overtime to solve all these problems. Today’s EV development in many ways resembles the early 20th century when Thomas Edison and Nicola Tesla battled for supremacy in the coming electrification of the county. The stakes are that high.

Nobody has done side-by-side environmental comparison of EVs and internal combustion vehicle systems yet, but as best as I can estimate, the negatives created by lithium battery-powered EVs pale in comparison to the costs of pumping crude oil out of the ground and burning it up in a couple billion cars around the planet. The thing that has me sold on lithium is that it can be recycled out of spent batteries and put back into service in new batteries. That’s huge.

This revolution has profound consequences for our industry. Since EVs are lighter and smaller than vehicles with internal combustion engines, roads will last longer. Less asphalt and concrete will be required for repairs and future roads. Governments will need to figure out new ways to fund roadbuilding, since the gas tax will become obsolete. But there should be plenty of construction work rebuilding infrastructure to accommodate these lighter footprints and putting back a little greenspace into the concrete jungles of cities like Houston and Los Angeles. We went into some detail about these trends in our cover story “Highways 2.0” for the March 2016 issue of Equipment World. You can still find it here.

The iPhone destroyed the market for Blackberries. Kodak had multiple patents on digital camera technology but kept them secret and went bankrupt for fear of hurting its film business. When Bob Dylan plugged in his first electric guitar in 1965, folkies booed. By the Summer of Love, folk music was gone, finished. Do not be like them. If your work involves transportation infrastructure – in any capacity – you need to get out in front of the changes EVs will bring in the next 10 years or risk a similar fate. 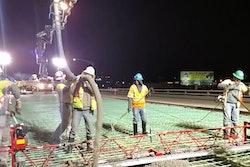 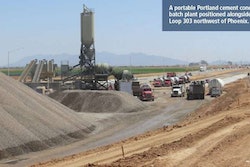