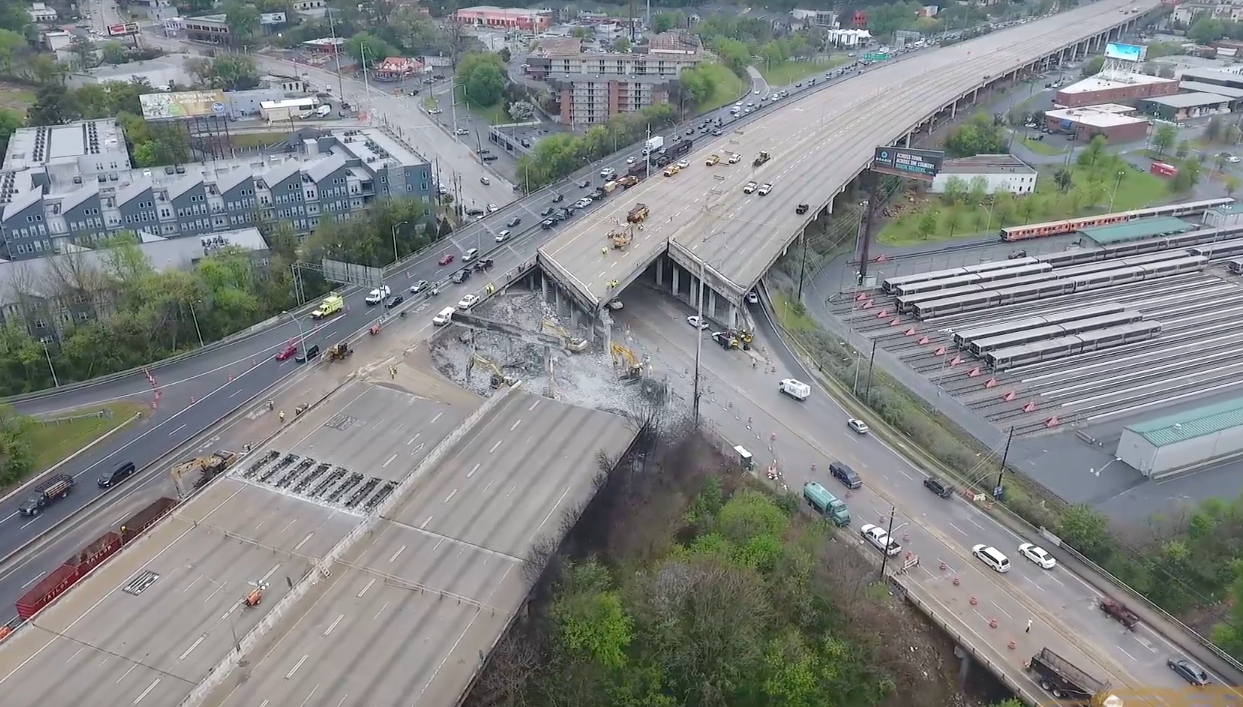 The Georgia Department of Transportation (GDOT) says an analysis of traffic patterns on Monday indicates metro Atlanta commuters are following the agency’s recommendations for alternative routes, public transit and telecommuting in the wake of the collapse and reconstruction of sections of Interstate 85.

GDOT says there were “comparable volumes” in the area on most major interstates on April 10 between 5 a.m. and 9:30 a.m., but congestions formed earlier than typical. The department says this indicates commuters shifted their traveling patterns due to “flex scheduling.”

GDOT State Traffic Operations Engineer Andrew Heath says the I-85 corridor from SR 315 to I-285 had an 18 percent increase in travel time compared to the previous Monday. He says in most locations the travel times were about the same, which in his opinion indicates commuters are opting for alternate commuting options, are working from home or are working flexible hours.

“The most important takeaway from this morning’s commute is that drivers must continue doing what they started today, and not become complacent by falling back into old commuting patterns too soon,” Heath says. “The goal, of course, is to relieve the extreme congestion on the interstate and arterials as we work to quickly rebuild and replace the I-85 bridge over Piedmont Road. We thank businesses and other major employers for offering commute alternatives to employees and encouraging others to join this effort.”