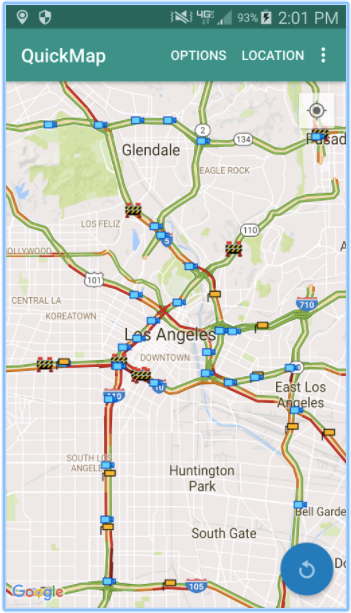 QuickMap allows motorists to view closures and traffic incidents as well as other travel information.

The app displays a user’s location on a map in addition to real-time information including traffic speeds, road closures, California Highway Patrol incidents, chain controls, fire locations, electronic highway sign messages and live traffic cameras. It was launched as an online version in 2011, followed by an Android version in August 2016 and an iOS version in January.