Acrete is a new concrete made from fly ash engineered to be lighter, stronger 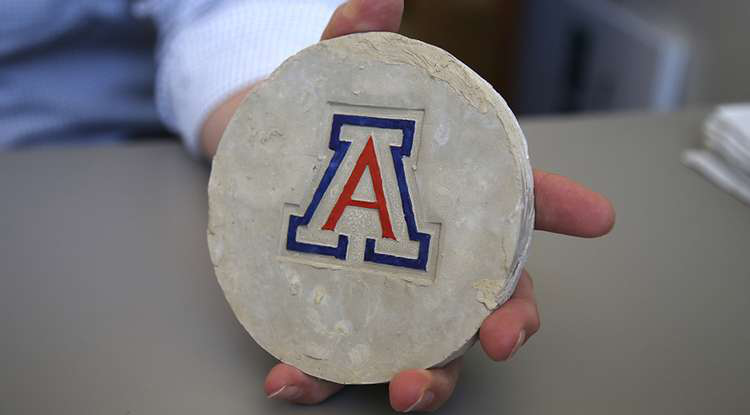 Jinhong Zhang, an associate professor of mining and geological engineering at the University of Arizona’s (UA) College of Engineering, has developed a substitute for concrete, according to a university press release. The new material is made almost completely from fly ash and is said to be lighter, stronger and less expensive to produce than concrete.

“Once the technique developed at the University of Arizona is applied in industrial practice, it will substantially substitute concrete in the construction industry,” Zhang says. “It will save the impoundment space for fly ash and reduce CO2 emission during the production of cement. It will be a novel construction material for the new era for a sustainable development.”

Tech Launch Arizona, the UA office that commercializes inventions that come from the university’s research efforts, brought Zhang and entrepreneur Abraham Jalbout together to create a startup company to develop the product and bring it to market. The new company is named Acrete.

“Acrete can have as much as three times the compressive strength of cement and twice the flexural strength,” Tech Launch Arizona licensing manager Bob Sleeper, who helped Zhang protect and commercialize the invention, says. “It repels water, and we can control the workability by tweaking the recipe.”

“Our vision is to look at how we can reutilize waste and underutilized materials that are being produced as byproducts of mining,” Jalbout, Acrete’s CEO, tells the news media. “We want to find ways to use these materials for other applications. We’re looking to add technologies, which will eventually include uses for mine tailings and solutions for mine insulation.”

Coal-fired power plants in the United States produce approximately 130 million tons of fly ash every year, which are usually stored in mounds that take up large areas of land and can lead to high monetary, environmental, and ecological costs due to wind and water erosion.

“With Acrete, we’re bringing to market a way to transform dangerous waste into a useful building material, binding it up, and removing it from the environment where it can cause problems,” Sleeper says. “That’s a good thing.”