The Illinois Tollway has begun work to remove and rebuild the Illinois Route 23 Bridge on the Jane Addams Memorial Tollway (Interstate 90) in Marengo, Illinois, with construction slated to be complete by the end of this year.

The bridge and Route 23 will stay open to traffic, which sees up to 3,100 vehicles a day, during construction as the bridge is reworked one side at a time. The existing bridge was built in the 1950s.

The new structure, with an estimated construction cost of $9 million, “will provide full shoulders and one lane in both directions and the new structure will be supported by a center median pier in I-90 with concrete abutments on either side of the roadway.”

Daily lane closures on Route 23 are scheduled between 6 a.m. and 5 p.m. “as work begins to install temporary traffic signals on Illinois Route 23, as well as construction of temporary pavement for traffic staging, tree removal and preliminary dirt grading,” The Tollway says.

More details on the project are available under “Projects Overview” in the Explore Projects section on the Tollway’s website at illinoistollway.com. 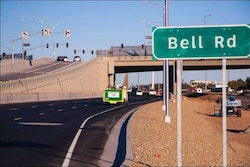 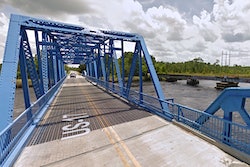