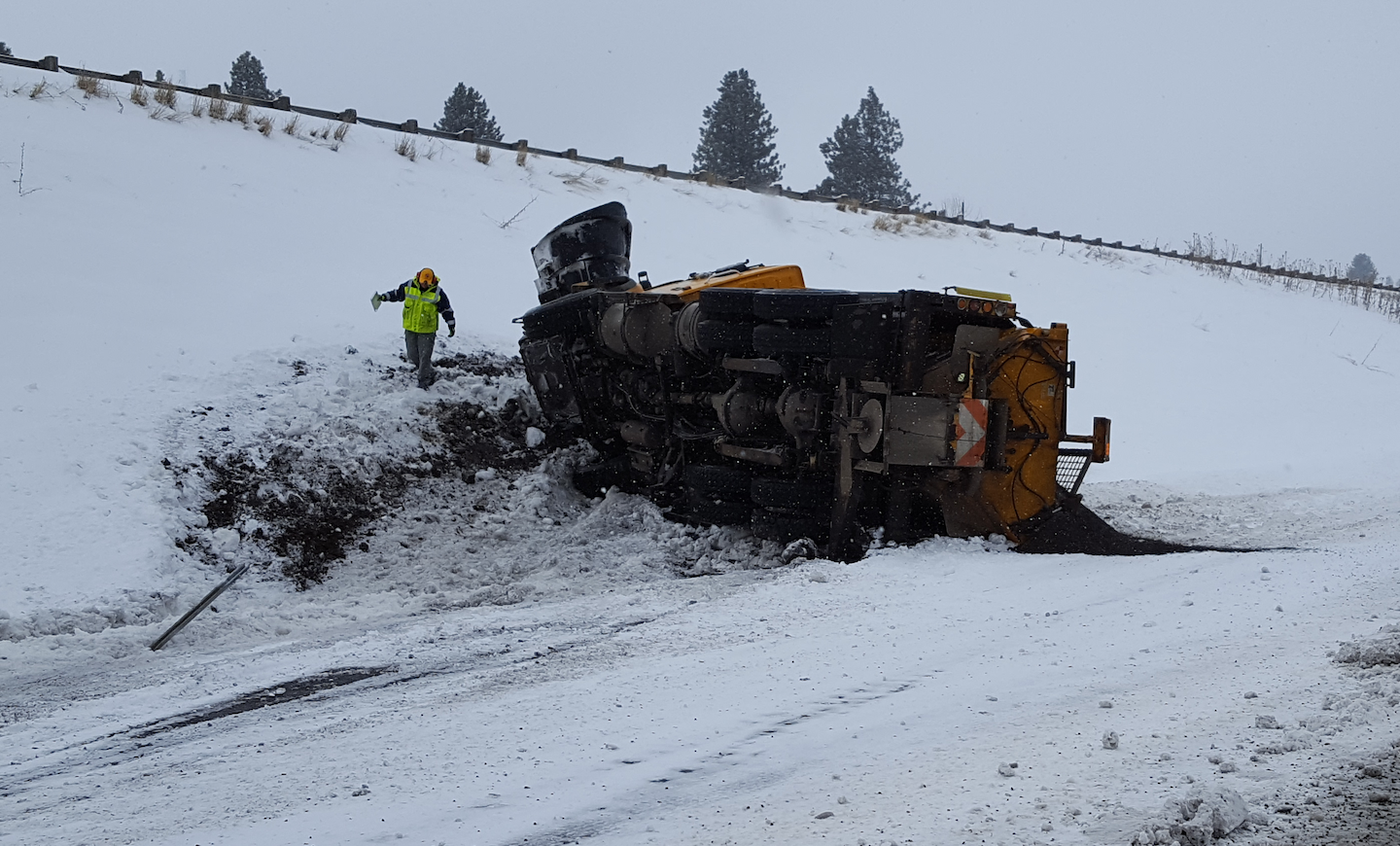 An Oregon Department of Transportation (ODOT) snowplow truck and a commercial truck collided on I-84 last week causing the ODOT vehicle to roll over to its side. 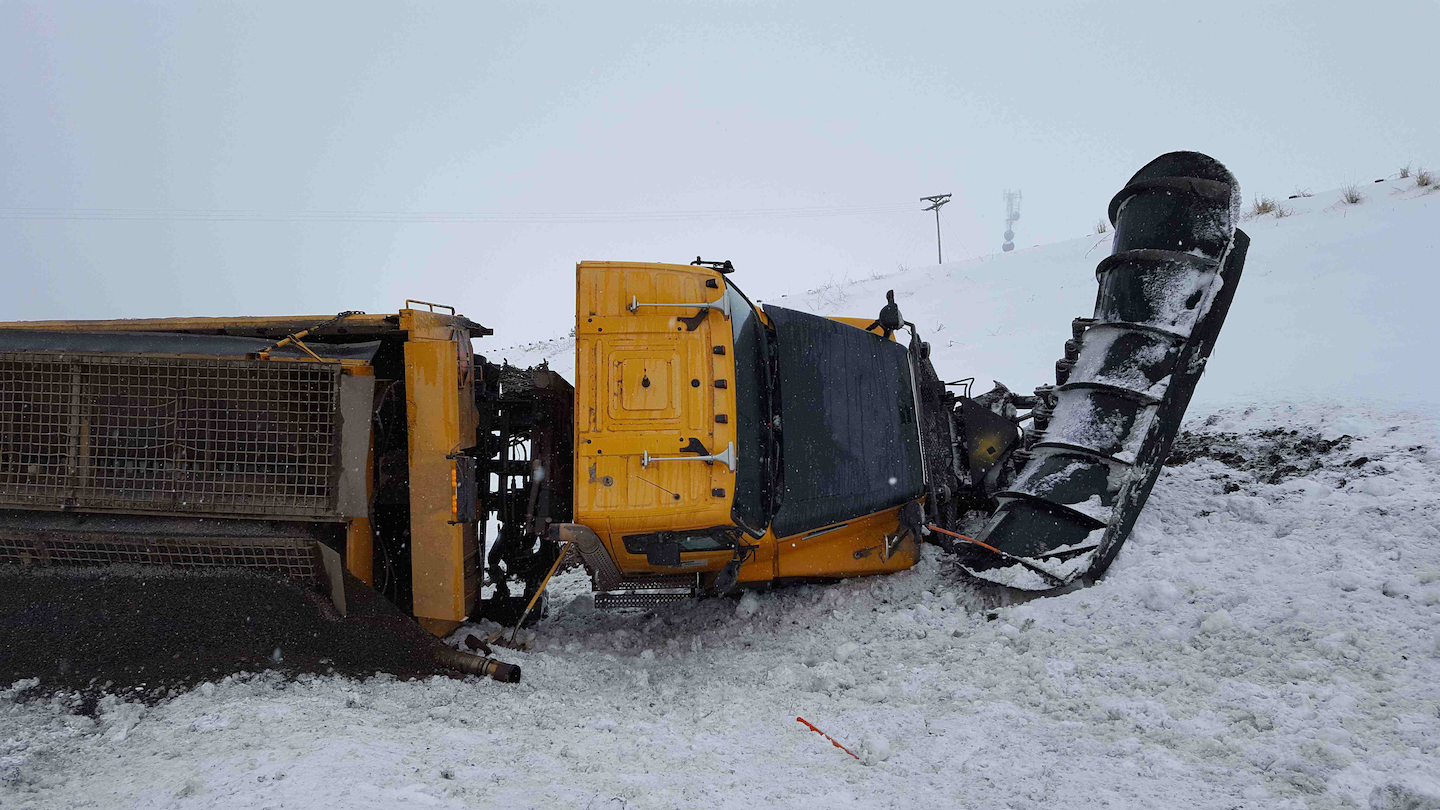 ODOT reports the commercial truck driver was attempting to pass the snowplow on the right and clipped the plow wing on the passenger side. Both vehicles had to be towed from the incident location.

ODOT says the commercial truck driver was cited for “Unsafe Passing on the Right.” It is against the law in Oregon to pass snowplows on the right when they are in the act of plowing. No injuries were reported.

ODOT’s tips for motorists when encountering snowplows during winter driving conditions include: