A rendering of the new design. Photo credit: RIDOT

Rhode Island officials have announced a new road design for the 6/10 Interchange in Providence aimed at improving safety, traffic flow and makes land available for development.

Gov. Gina M. Raimondo ordered a fast-track reconstruction of the 6/10 Interchange, considered the state’s “most traveled expressway.” The Rhode Island Department of Transportation (RIDOT) worked with the city of Providence to create a new design.

The project is valued at $400 million and RIDOT expects to advertise the contract by the end of January and for construction to begin in the fall of 2017.

“As Governor, I come to work every day focused on providing economic opportunity for all Rhode Islanders, and forward-thinking, 21st century transit infrastructure is core to our economic comeback,” says Gov. Gina M. Raimondo. “I commend my team at RIDOT, Mayor Jorge O. Elorza and the many stakeholders whose input has helped to produce a 6/10 Interchange design to serve the needs of all Rhode Islanders.”

“This process relied on close coordination and intensive collaboration between the City, State and community stakeholders,” said Elorza. “This design meets many of the goals laid out during several community meetings and the final product was certainly enhanced because of it. Not only does it improve mobility throughout the entire stretch, but also better connects neighborhoods, builds a dedicated bike lane, opens up developable land, and incorporates better urban design.”

“Finally, after 30 years, we are going to rebuild the 6/10 interchange within the budget the legislature gave us,” says RIDOT Director Peter Alviti. “We will create a new infrastructure to improve the flow of traffic, give drivers the missing move to 6 west, and modify the geometry of the roads to make driving easier and eliminate the challenges people now face.” 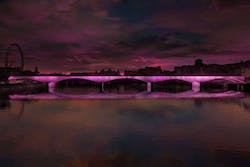 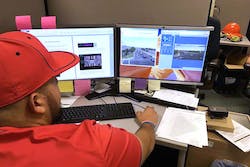 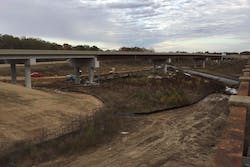