Idaho’s Grant Anticipation Revenue Vehicle (GARVEE) program recently wrapped up following a decade of investment in the state’s roads and bridges. Along the way, the GARVEE program transformed the state’s infrastructure in a way we haven’t seen since the interstate system was built through Idaho in the 1960s.

President Eisenhower signed the Interstate bill into law on June 29, 1956, and work began the very next month in Missouri. The National System of Interstate and Defense Highways didn’t finish in Idaho until the next decade. This summer, we are celebrating the 60th anniversary of the interstate system. That remained the biggest highway event in Idaho history, and nothing else was even close…until GARVEE.

GARVEE, an innovative highway bonding process, allowed Idaho to invest $857.6 million in highway improvement projects in six corridors throughout the state from 2006 to late 2015. Using GARVEE bonding allowed us to expedite many needed capacity and safety projects.

The 59 GARVEE projects statewide were delivered on time, under budget, greatly increased traffic capacity and dramatically improved safety—all of which are central to the core mission of the Idaho Transportation Department (ITD).  GARVEE created or sustained more than 15,000 jobs in a vulnerable economy, increasing economic opportunity for small business and industry.

Work on all GARVEE projects was scheduled to minimize impacts to the driving public. Most work that involved lane closures or delays was done overnight when possible in order to take advantage of the lowest traffic volumes. Daytime work was scheduled outside of the morning and evening rush hours to minimize interference during peak commuter times.

ITD innovations achieved through the GARVEE program allowed projects to be delivered at an accelerated pace and at lower costs. Some ITD innovations have been adopted as standard road construction practices regionally and nationally.

Idaho benefited from aggressive and competitive bidding, resulting in significant bid savings from contractors and allowing additional projects to be constructed sooner than originally scheduled. Often, projects were built simultaneously, significantly reducing the duration of the traffic impact and matching GARVEE’s goal to accelerate projects.

This enabled motorists to use the roads and bridges earlier than if they were built consecutively and enhanced the region’s commerce and commercial transportation. Funding the necessary improvements would have taken 30 years under the existing pay-as-you-go method.

But we could not afford to wait—communities were growing, highway congestion was increasing and the funding options to improve Idaho’s transportation system were limited.

ITD restructured the way in which we issue GARVEE bonds, saving $40 million, in 2012. Another round of refinancing in 2015 amounted to $12.7 million in savings. In all, ITD saved $80 million through diligent management, efficiency and favorable market conditions between 2009 and 2011. The average interest rate for GARVEE bonds program-wide is around 4 percent. Because the rate of inflation is comparable, GARVEE is not costing us any more than budgeted, but the average driver is able to use these new roads and bridges much sooner.

In 10 years, GARVEE accomplished some amazing goals that will benefit Idaho drivers for years to come. Of all of those, none is more important than this one: GARVEE investments reduced total crashes by more than one-third, serious injury crashes by nearly half, and eliminated eight of every 10 fatal crashes in years after projects were completed in those corridors.  That’s more than 380 crashes avoided—mothers, fathers, brothers and sisters who made it home safely at the end of the day. This is Idaho’s GARVEE legacy.

Brian Ness is the director of the Idaho Transportation Department and president of the Western Association of State Highway Transportation Officials. 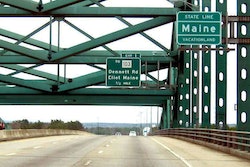 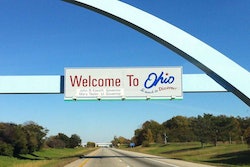 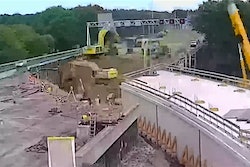