U.S. Army to test driverless, connected vehicle tech on I-69 in Michigan

A convoy of U.S. Army vehicles will be cruising Michigan’s Interstate 69 in late June to test technology being developed for driverless and connected vehicles, The Times Herald reports.

The convoy will test vehicle-to-vehicle and vehicle-to-infrastructure radio communications, which is the type of computerized communication that would be used in an autonomous vehicle.

“This is the first time these tests are being done on a highway,” Doug Halleaux, public affairs officer for the U.S. Army Tank Automotive Research, Development and Engineering Center (TARDEC) told the news agency. “In order for automated vehicles to work and work correctly and work safely, that automated vehicle needs to talk very fast, sending data back and forth, first to the vehicles around it.”

The vehicles also need to send communication to radio points set up within the infrastructure to anticipate changes in road conditions, such curves or widening of the roadway.

Rob Morosi, a spokesman for the Michigan Department of Transportation (MDOT), told the news agency that the ability to communicate changes or obstacles in the roadway could eventually lead to safer driving. “This is a huge safety upgrade, not only for the Army, but for car manufacturers, truckers and everyone else as this technology progresses and becomes more widely used,” he said.

A total of six radio units are installed along the highway infrastructure, five that are temporary and one that is permanent. “We plan to outfit the I-69 corridor with permanent ones as time goes on,” Morosi told the news agency.

A stretch of I-69 in St. Clair and Lapeer counties was chosen for the project because of its relatively light traffic and its proximity to TARDEC’s headquarters at the U.S. Army Detroit Arsenal in Warren.

“Essentially, I-69 was chosen for a couple reasons,” Morosi told the news agency. “One, its proximity to an international border crossing; and, second, it’s a two lane highway.”

Halleaux told the news agency that the exact date and location of the exercise would not be announced in order to avoid extra traffic on the roads. However, he said officials would keep the communities along that part of I-69 informed.

Officials met with residents on May 23 to allay any concerns that might arise at the sight of military vehicles and to assure residents that drivers would be behind the wheels of the vehicles participating in the exercise.

“We’d love for the community to take some pride in this,” Halleaux told the news agency. “This is a special thing for Michigan.” 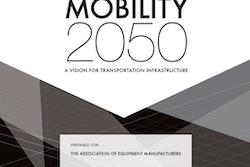 N. Carolina Board of Transportation approves $2.6 million for 24 safety projects 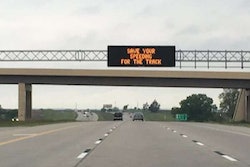 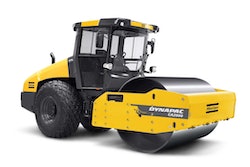