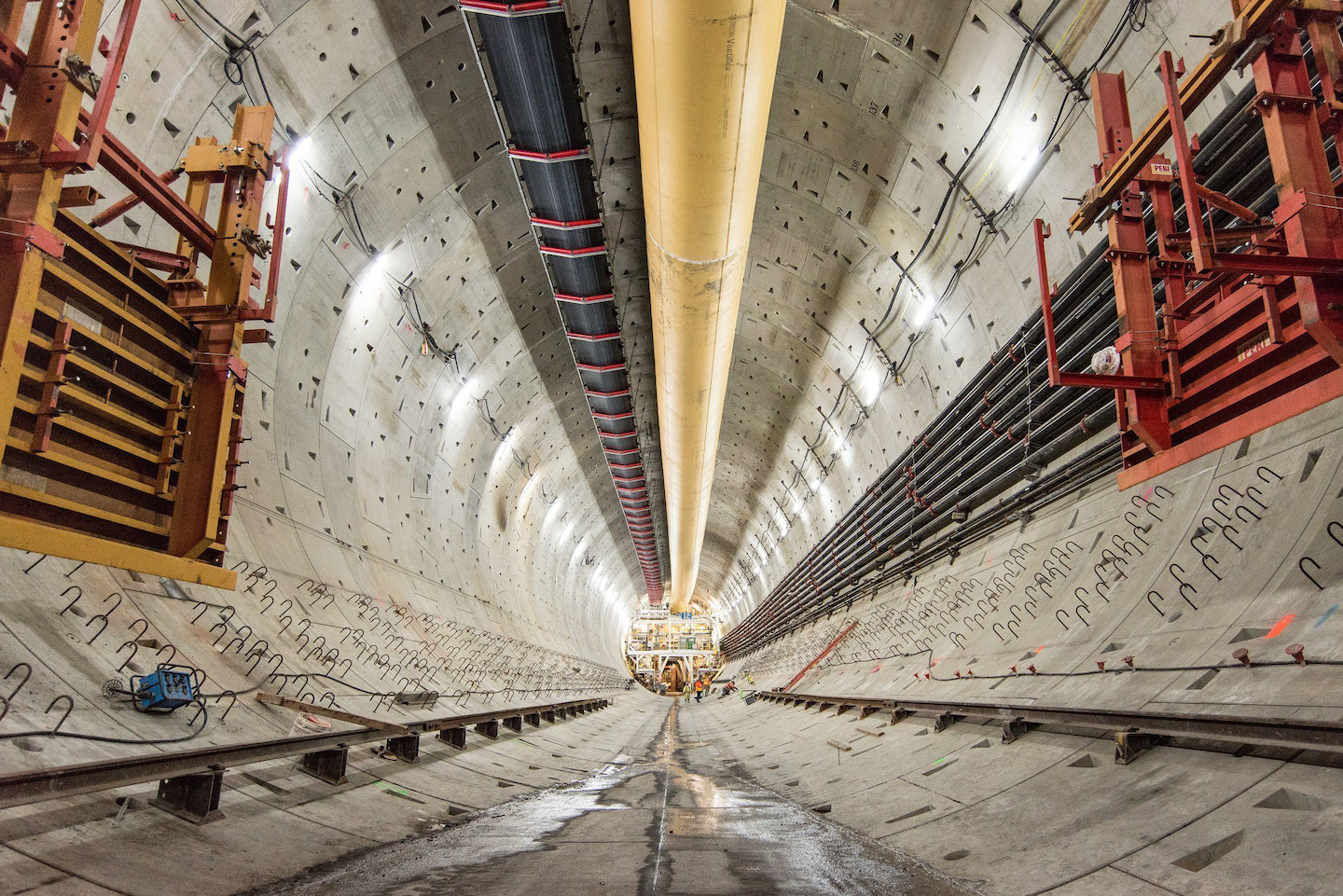 A March 2016 photo from the WSDOT looks north toward the back end of Bertha, the SR 99 tunneling machine. The steel hooks on both sides of the circular wall of the tunnel will become part of the foundation that will support the decks and walls of the future roadway inside the tunnel.

The world’s largest tunneling machine will soon begin its dig beneath the Alaskan Way Viaduct in Seattle, its first activity since mid-March.

In January tunnel-boring machine Bertha broke through its repair wall following two years of down time only to be brought to a halt once again later that month at the order of Washington Gov. Jay Inslee over safety concerns. In February that stop order was lifted and the machine was able to reach a planned maintenance stop, KIRO TV reports, known as Safe Haven 3.

Bertha has been at that maintenance stop since mid-March and on Friday will begin digging beneath the viaduct. The State Route 99 tunnel project Bertha is employed by will replace the viaduct with a 1.7-mile tunnel that will carry a double-deck highway.

As it begins to dig beneath, SR99 contractor Seattle Tunnel Partners and the Washington State Department of Transportation will close the viaduct. The job is expected to take at least two weeks and Bertha will need to drill 385 feet to clear the viaduct, KIRO reports. The dig will start slowly as the machine will first need to break through Safe Haven 3’s concrete wall.

The Seattle Times reports that the commutes of “some 90,000 drivers and 30,000 transit riders per weekday” will be disrupted during the closure of the viaduct.

The Times adds that STP have “installed 400 feet of highway decks, out of 1,560 feet that’s been excavated to date, along with many of the future ramps for the Sodo portal.”