In November, Michigan passed a $1.2 billion road funding law that will raise money for the Michigan Department of Transportation (MDOT) through fee hikes, fuel tax increases, and budgetary shifts. Although full funding through that law won’t be available until 2021, mLive reports, when $600 million from the state general fund begins transferring to MDOT, there’s still a lot of highway repair work going on with nearly 400 road and bridge projects planned between now and 2020.

According to the report, MDOT’s 2016-2020 Five-Year Transportation Program includes a $9.7 billion transportation budget, with $6.8 billion of that going toward highway restructuring and repair.

Plans are to improve approximately 82 bridges and 310 miles of roads per year for the next five years. Most of that money, approximately $1 billion per year, will be spent on pavement reconstruction and preservation.

“Reconstructions cost more than a regular rehabilitation or preventative maintenance,” Denise Jackson, MDOT transportation planning administrator, tells the news agency. “Michigan has one of the oldest freeways systems. We’re at the point where we can’t just do a resurfacing… You can’t just keep adding pavement on top. At some point you have to do the base if you want a road that will last.”

The majority of the work will center around Michigan’s two most populated areas, but not much is planned for adding new lanes to relieve congestion, with only $16 million budgeted for capacity improvement over the next five years.

Instead of spending more to widen roads, mLive reports that MDOT is addressing congestion by redesigning on-off ramps on parts of I-75 and at the U.S. 23 and I-96 interchange. The department is also installing dynamic signs, signals and cameras that will work together to form a more intelligent transportation system. 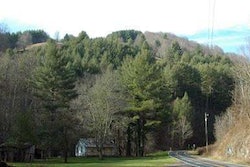 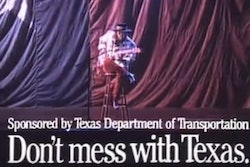