The North Carolina Department of Transportation is set to open on April 4 the new diverging diamond interchange (DDI) on N.C. 133/Village Road in Brunswick County as part of the Leland Causeway Bridge Project.

DDIs eliminate left turns that have to clear opposing traffic, a design that is useful in high-traffic areas. They can cut down on congestion, improve safety, and move traffic along faster than traditional interchanges. The Missouri Department of Transportation installed the first DDI in the country in Springfield in 2009.

“On Monday, drivers using N.C. 133 in Brunswick County will see a new and safer traffic pattern,” says Assistant Resident Engineer Wanda James.  “They will need to get used to the change, so we ask that everyone stay alert and be aware of the new signs and signals that will be in place to help guide them through the new traffic pattern.”

The N.C. 133/Village Road DDI is the most recent in a string of such projects in North Carolina either completed, in construction or planned. These areas include Raleigh, Lumberton, Greensboro, Winston-Salem, Concord, Charlotte, Statesville and Asheville along highways including Interstate-40, I-95, I-85, I-77, I-73, I-440 and I-26.

The NCDOT says it is using DDIs more because of the inherent reduction in congestion the interchange design allows. Safety is another factor, as DDIs allow free flowing turns when entering and exiting highways and limit the number of traffic signals through which vehicles must travel.

The Leland Causeway Bridge Project began in January 2014 and set to be completed by November this year.

This weekend NCDOT will close N.C. 133/Village Road/River Road between the interchange ramps for U.S. 17/74/76 near Belville/Leland. Crews will be finishing paving and striping work. 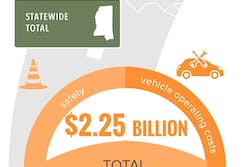 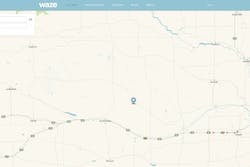 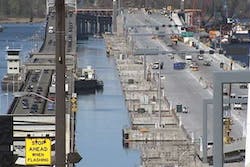 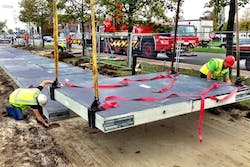