The chairman and CEO of Caterpillar Inc. is again speaking out in favor of a long-term highway bill.

Doug Oberhelman wrote a column for CNBC published September 17 calling Congress to work to pass a long-term transportation bill as the deadline for the October 29 expiration of the Highway Trust Fund looms closer. He wrote a similar column last year, only to watch as Congress once again patched the Fund—a trend which continued with the 34th short-term patch earlier this year.

“More than one year later we’re still lacking a long term solution. To quote Yogi Berra, ‘it’s déjà vu all over again.’ Yet I could argue it’s even worse now,” Oberhelman wrote.

“All of this threatens our nation’s future growth and prosperity.”

Oberhelman referenced a Business Roundtable report called the Road to Growth published earlier this month that found the U.S. ranks 16th in the world in overall infrastructure. Oberhelman, the chair of the Business Roundtable, said Congress’ failure to enact a highway bill has hurt American companies and the economy as a whole.

“As the BRT report states, in the mid-20th century there was a strong U.S. public commitment to invest in world-class physical infrastructure. That helped propel the United States to become the world’s strongest economy,” Oberhelman wrote. “Since then, investment has tapered off or flat lined, while demand for high-performing, high capacity systems has grown.” 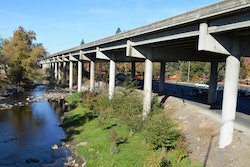 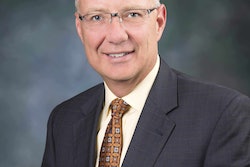