An 18-year-old Wisconsin construction worker died Monday following a forklift accident on the Bong Bridge, which connects Wisconsin and Minnesota.

The Duluth News Tribune reported that Kelsey Hagenson died at the hospital after suffering “multiple blunt force injuries” in an accident involving a pedestrian and a forklift. Another was injured during the accident at 7 a.m. on the Highway 2 bridge in Duluth.

It is unclear exactly what caused the accident or what exactly took place, but authorities say neither worker was operating the forklift.

The two workers were employed by Lunda Construction on a Wisconsin Department of Transportation two-year, $18.2 million rehabilitation of the bridge set to be complete later this year.

The Minnesota State Police, Duluth Police and the Occupational Safety and Health Administration are investigating. 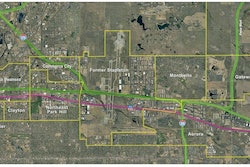 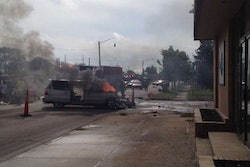