Caltrans worker dies after being hit by suspected impaired driver

A California Department of Transportation worker died Monday afternoon after he was struck by an SUV being driven by a man suspected of being under the influence of drugs.

The San Diego Union-Tribune reported that the man was making repairs sprinklers on Interstate 15 near Escondido, California, when an SUV attempting to get into the southbound lanes of the Interstate from an exit veered too far to the left and began to roll.

The SUV rolled down the embankment and struck the worker. The SUV came to a stop on its roof on the northbound center divide.

“This is a stark reminder of the dangers of working along the highway,” Caltrans District Director Laurie Berman said in a statement. “I am asking motorists to limit distractions and drive with care, especially when highway workers are present.”

The victim worked for Caltrans contractor Pacific Restoration Group and died instantly. His name has yet to be released.

The driver of the SUV was treated for minor injuries and then arrested and charged with DUI and vehicular manslaughter. 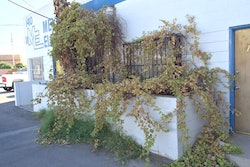 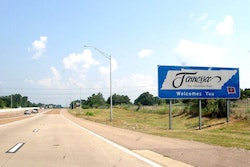