The Hawaii Department of Transportation (HDOT) has filed a lawsuit against software consultant Ciber Inc. accusing the company of defrauding the state and “other misconduct” while replacing the Highway Division’s computer system. HDOT seeks to reclaim $8 million in fees and “tens of millions” in damages.

The project was known as FAST and started in 2008 with a “go live” attempt being scheduled in 2013. The launch was cancelled, HDOT claims, because “the system was unable to perform even simple tasks. HDOT ended their business with Ciber earlier this year due to a number of issues, including functionality issues, software “glitches” and missed deadlines.

HDOT is accusing Ciber of a “bait and switch” by “misrepresenting” capabilities to win the contract, which involved replacing the departments computer system with an enterprise resource planning (ERP) system for financial management operations. Ciber was not able to “design and implement” a computer system that could handle “essential functions,” HDOT alleges in the suit, such as getting reimbursements from the Federal Highway Administration.

Ciber continued fraud during the project, the suit claims, with company managers admitting in internal documents HDOT obtained to “erroneous invoices and fictitious change orders”. The department also claims in the suit that Ciber billed them for work the company “knew was of no value, and deliberately under-staffing the project to meet Ciber’s own internal profitability benchmarks”. 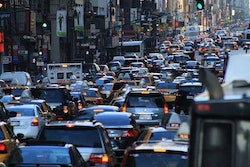