Sheehan would become the second woman to run the department

Hassan’s formal announcement will come at the next New Hampshire Executive Council meeting August 26. The council is responsible for confirming the nomination as it has oversight of many transportation-related issues in the state.

William Cass, NHDOT acting commissioner and chief engineer has been running the department since October 2014 after then Commissioner Christopher Clement left for a post at the University of New Hampshire.

“The commissioner of the Department of Transportation is critical to ensuring that our state has the full range of safe and modern transportation options that our 21st century economy needs to thrive and grow,” Hassan said. “Victoria Sheehan will bring years of experience managing complex transportation projects and programs in her more than ten years of distinguished work at (MassDOT).”

Sheehan, who is from Nashua, New Hampshire, currently serves as MassDOT’s manager of Strategic Planning and Highway Performance where she coordinates the five-year, $5 billion capital plan for the Highway Division, as well as a $600 million operating budget. Previously, she has worked as MassDOT’s Accelerated Bridge Program Manager and Bridge Program Consultant Contracts Administrator, in addition to working as a project design engineer and resident engineer for the Massachusetts Highway Department.

“I am grateful that Governor Hassan has entrusted me with the important responsibility of ensuring a reliable and modern transportation infrastructure that will lay the foundation for future economic growth, and I look forward to working with the Governor and New Hampshire’s dedicated DOT employees to keep the state’s roads clear and safe,” Sheehan said. 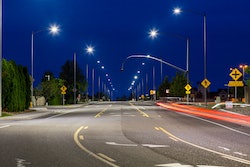 Washington town to reduce streetlight energy use with conversion to LEDs

In AGC video to Congress, contractors plead for a highway bill