The Road Improvement Program’s (TRIP) recent report on major urban roads finds that 28 percent, including Interstates and freeways, are in substandard or poor condition providing “an unacceptably rough ride to motorists.”

For reference, TRIP used the Federal Highway Administration’s data gathered in 2013 using the International Roughness Index (IRI) and the Present Service Rating. An IRI value of 170 or more categorizes a road as substandard or poor. A PSR of 2.5 or lower represents substandard or poor conditions. Mediocre roads have an IRI of 120-170 and PSR of 2.6-3.0, fair roads have a 95-119 IRI and 3.1-3.4 PSR, and good roads have an IRI of 94 or less and PSR of 3.5 or more.

“The long-term preservation and maintenance of our national transportation system depends on federal investment,” said Bud Wright, executive director of the American Association of State Highway and Transportation Officials (AASHTO).  “We can do better than the uncertainty of short-term extensions. America needs Congress to fully fund a multi-year surface transportation bill.”

In the largest category, the San Francisco-Oakland, California, area held the top spot in both percentage of poor roads (74 percent) and highest vehicle maintenance costs related to road conditions per motorist ($1,044).

For urban areas with between 250,000 and 500,000 people, Flint, Michigan, held the top spot in poor road conditions at 54 percent, while the Temecula-Murrieta, California, area was first in additional vehicle maintenance costs at $857. 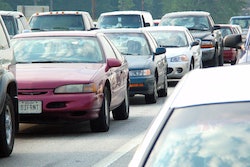 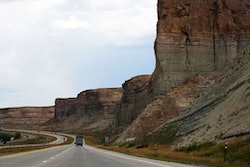 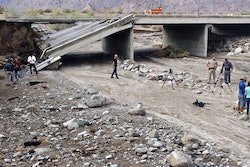