A group of 10 members of the House of Representatives have had enough of the back-and-forth that has plagued and stalled the discussion over a long-term transportation bill leading up to the expiration of the Highway Trust Fund at the end of the month.

The bipartisan group sent a letter on Friday urging Speaker of the House John Boehner (R-Ohio) and House Minority Leader Nancy Pelosi (D-California) to push for the use of the “Queen of the Hill” rule to attempt to push through a highway bill. The letter was released during a joint press conference led by Reps. Peter Welch (D-Vermont) and Reid Ribble (R-Wisconsin).

The rule was most recently used in March to pass a budget, and it allows House lawmakers to vote on several different highway funding options. The one with the most votes would then become the House’s official plan, according to a press release from Welch’s office.

“America’s roads and bridges are crumbling. Potholes don’t fix themselves,” Welch Said. “It is essential that Congress pass a long term and sustainable revenue source so that state transportation planners have the certainty they need to plan and execute infrastructure projects. Queen of the Hill will end the impasse that has led to a Band Aid approach to our highway program. Road contractors and workers are doing their jobs.  It’s time for Congress to do ours.”

The letter follows the announcement from Senators Rob Portman (R-Ohio) and Charles Schumer (D-New York) of a plan to fund transportation projects through international tax reform. Senate Majority Leader Mitch McConnell was skeptical of using tax reform to fund transportation, and he outride shot down any idea that a gas tax increase would fund the bill.

Several of the representatives who signed the letter on Friday to the House leaders also released statements about the need for a new transportation bill.

Ribble: “Our roads and bridges are vitally important but they aren’t free, and for the past seven years, the bill has gone unpaid. Right now, we are $16 billion short every year in paying for our roads and bridges, which simply creates a future tax on our children and grandchildren.  If something is important enough to buy, it is important enough to pay for, and I believe that a “Queen of the Hill” approach would allow the House to consider the approximately ten long-term solutions that have been introduced to finally fix transportation funding.  After kicking the can down the road 34 times, it is time for us to get to work on a fiscally sustainable long-term plan.”

Barletta: “As someone who began my career in a family road construction business, I know how important it is that we have a long-term funding plan for transportation at the federal level. Without long-term certainty, contractors cannot make hiring decisions or purchase expensive equipment, so it becomes a jobs issue.  Also, as a former mayor, I know that localities and states cannot plan for the future and make decisions on projects without some idea if federal funding will come through.  I have always supported a Highway Bill of at least five years in length, so I am supporting the ‘Queen of the Hill’ rule to achieve that objective.”

Bustos: “I believe wholeheartedly that by investing in our networks of roads, bridges and highways we are creating good-paying jobs that can’t be outsourced, and we are making a down payment on our nation’s long term economic well-being. I’ve also long said that our communities and workers deserve the certainty that a long-term highway funding bill provides, which is why I’ve been so disappointed that Congressional leaders continue to kick the can down the road with unpredictable short-term patches. I commend Representatives Welch and Ribble for leading today’s important bipartisan effort to break this impasse and reiterate my call for a vote on long-term solutions.”

Carney: “It’s irresponsible and short-sighted for Congress to continue ignoring the need to fund the Highway Trust Fund. We need a long-term solution to fixing our nation’s infrastructure. There are a lot of good ideas out there – it’s time to take a vote on them.”

Kilmer: “We need to stop careening between short-term fixes and bring certainty to the Highway Trust Fund. Our current approach puts construction jobs at risk and jeopardizes projects to make needed repairs on our bridges, highways, and ports. It’s time to move this economy –and this Congress — forward by providing a long term solution to our transportation challenges.”

Moulton: “Investing in our nation’s infrastructure is not a Democratic or Republican issue – it is an issue that impacts the millions of Americans who rely on our highways, bridges, and roads every single day. The Highway Trust Fund is vital to financing transportation projects across the country. Like many things, however, this too has fallen victim to Congress’ tendency to govern crisis to crisis. We need a long-term solution to our nation’s crumbling infrastructure, which gives our workers, contractors and businesses the certainty they need to rebuild and restore roads and bridges across the country.”

Peters: “It is long past time for Republicans and Democrats to come together behind a real and enduring plan to fix our nation’s crumbling roads, bridges, ports, and transit systems so we can increase growth, overcome wage stagnation, and create jobs. If we don’t get ahead of this curve, costly gridlock will severely hamper our economic growth. There are numerous paths to a long-term solution and we should bring them forward for a vote now to provide some much-needed certainty to our communities.” 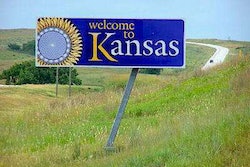 McConnell: “We’re not going to raise the gas tax”