House Majority Leader on gas tax increase: ‘Let’s think of something else’ 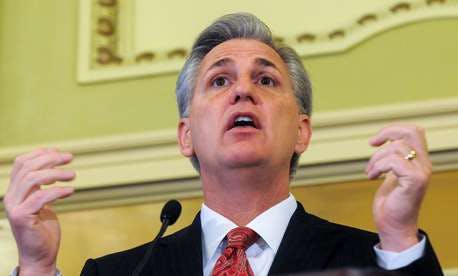 In an interview with the Wall Street Journal McCarthy calls highway funding a “major problem” in America, but the politics of passing a funding bill makes for a challenging feat.

“We make policy in the world of politics,” McCarthy said. “If you thought, ‘Well, why don’t you just raise the gasoline tax?’ Well, politically that will not make it. Let’s think of something else. How do you have a funding mechanism where you could actually fund a five-year plan?”

McCarthy’s comments come just a week after both the House of Representatives and the Senate held meeting to discuss options for long-term transportation funding. But as McCarthy’s comments alluded to, there wasn’t common ground other than the acknowledgment that the issue is serious.

The 18.4-cents-per-gallon federal gas tax is the main source of funding for the Highway Trust Fund, but it hasn’t been raised since 1993. A poll from the Mineta Transportation Institute earlier in the year found that most Americans would support a gas tax if the funding went to roadwork. Though, some Republican lawmakers have even pushed to get rid of the tax altogether and get the federal government out of the road business.

McCarthy favors funding transportation by taxing overseas corporate revenue through repatriation, which would give companies a break from penalties for previously avoiding taxes if they move money back to America and pay a 6.5 percent tax rate. Repatriation has come up before in talks about transportation funding, specifically President Barack Obama’s GROW America Act. The president’s plan calls for taxing the companies at a much higher rate of 14 percent. 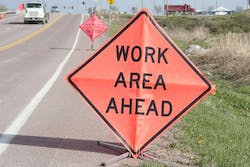 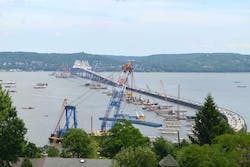 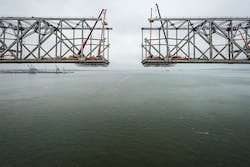