It took three and a half hours and one of the largest cranes in the world, but by the time the work was done, the new Tappan Zee Bridge started to look more like a bridge—or at least the early stages of one.

The New York Times reported construction crews used the massive Left Coast Lifter on Wednesday to pick up a 400-foot-long, 1,100-ton bridge section of three curved steel girders and placed it between two of the concrete piers in the Hudson River. The large section became the first horizontal piece of the $3.9 billion bridge to be installed after workers spent months placing vertical piles, piers and columns.

Installing the horizontal piece with the Left Coast Lifter was a long and precise job because the crane can’t swivel. The barge the crane sits on was turned slowly to place the bridge section.

The 12-foot-tall bridge section was shipped 13 hours to the Tappan Zee location south of Albany after being assembled from parts made in North Carolina, Pennsylvania and Virginia.

The bridge, which recently received a fund boost for construction through 2015, will eventually be made up of dozens more girders like the one placed Wednesday to span the 3.1-mile length. The first cars should be driving across the bridge’s road deck by the end of 2016.

McGuiness said that more of the girders assemblages will be installed at a faster pace as the summer continues, and a new section is expected to be placed each week. 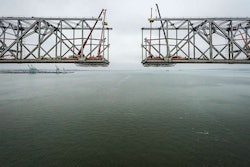 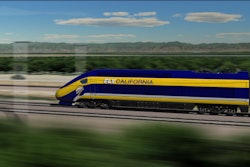 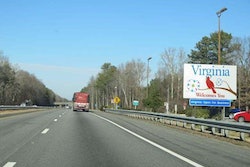