A bike path in the Netherlands that’s shorter than a football field could be the future of energy and travel.

Engineers built the 229-foot test track with a solar road surface. Al Jazeera reports the path’s surface can be driven over while also generating electricity. The small test track has generated enough electricity in just six months to power a single-person home for a year—over 3,000 kwh. 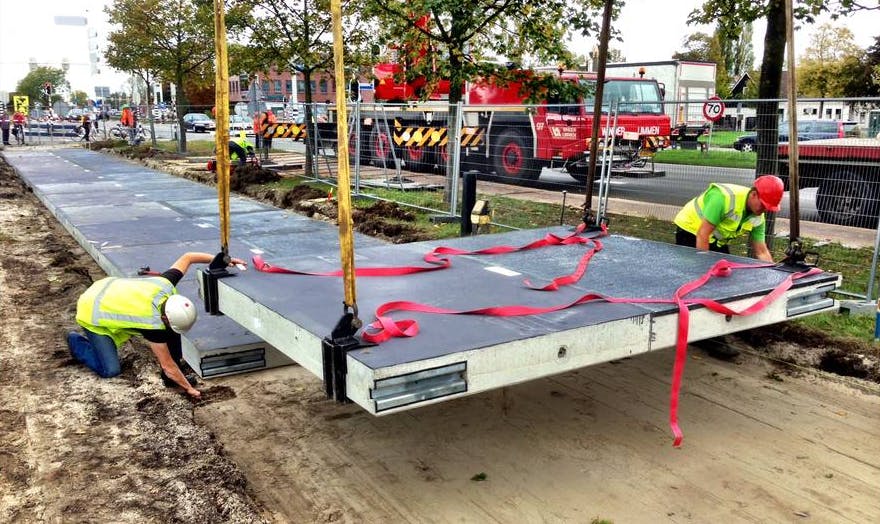 Installation of the SolaRoad bike path.

A spokesman for SolaRoad, developed by several companies and the Dutch government, said the six-month test showed that these types of solar roads could generate 70kwh per square meter.

“We predicted [this] as an upper limit in the laboratory stage. We can therefore conclude that it was a successful first half year,” SolaRoad’s Sten de Wit said.

Al Jazeera reports the SolaRoads are made out of cheap solar panels protected by glass, silicon rubber and concrete layers. A coating is added on top to help prevent the road from being too slippery.

de Wit said that while the panels are expensive, the power generated would be enough for the roads to pay for themselves.

“Solar panels on roofs are designed to have a lifetime, which is typically 20/25 years,” he said. “This is the type of lifetime that we also want for these types of slabs. If you have a payback time of 15 years then afterwards you also have some payback of the road itself so that makes the road cheaper in the end.”

A director at Ooms Civiel, a company working on the SolaRoads, said panels that larger vehicles like buses and trucks could drive safely one are in the works. 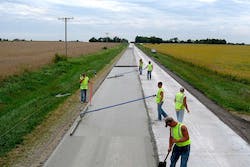 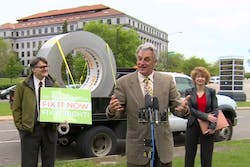 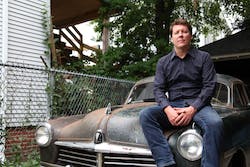