It’s not the type of traffic AT&T is used to, but the Texas Department of Transportation said the company has delayed 58 road projects across the state.

It’s not only costing Texans time, but KGBT-TV reported the delays could cost the TxDOT upwards of $26.5 million.

TxDOT spokesperson Veronica Beyer said public utility companies like AT&T are allowed to install utility lines within the highway without charging them, but the companies are also required to pay for the lines to be installed—or moved as is the case with many of the delays.

AT&T-Texas vice president for public affairs Tracy King told KGBT that the Dallas-headquartered AT&T has also been affected by the construction delays. King said TxDOT knows that many different companies caused the delays in road projects.

“AT&T is not solely responsible for all the delays outlined in their spreadsheet.  It is an oversimplification of a complicated process full of logistical challenges,” King said.

KGBT-TV reported residents of the communities most affected by the delays want AT&T to be held responsible. And Beyer said the state agrees.

“TxDOT will seek reimbursement for costs that result in contractor schedule delays from conflicting utilities that are not moved by the time that have been agreed to,” she said. 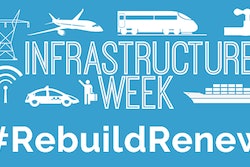 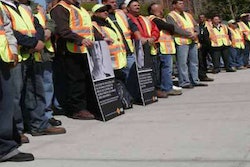