In a new report, The Road Improvement Program (TRIP) has identified the top 100 highway improvements needed in Texas for continual economic growth and improvement of quality of life for residents.

The report, “Texas’ Most Critical Highway Projects to Support Economic Growth and Quality of Life,” points out the direct correlation of the building, expanding modernization of highways and bridges to the improvement in these areas, particularly when completed to match the growth of population and number of jobs.

“Texas led the nation in job creation in each of the last five years, and the state is expected to add 3.5 million resident in the next 20 years,” TRIP said. “Completion of these (100) projects would increase mobility and freight movement, ease congestion, improve safety, and ensure Texas remains an attractive place to live, visit and do business. A lack of adequate transportation funding is the constraining factor in developing and delivering these needed improvements.”

The top 10 projects needed were four main urban areas: Austin; Dallas-Forth Worth-Arlington; Houston; and San Antonio. TRIP evaluated all projects on: short-term economic benefits, how conditions of a transportation facility had improved, improvement in access and mobility, and long-term improvement by regional or state performance and competitiveness.

Below are the top 10 Most-Needed Highway Projects in Texas, according to TRIP:

1. Upgrade a portion of State Highway Loop 20 in Laredo to Interstate standards

3. Expand a portion of Interstate 10 from four to six lanes from Vidor to the Louisiana state line

4. Upgrade a portion of State Highway 44 to Interstate standards in Nueces and Jim Wells Counties

5. Upgrade a portion of U.S. 59 to Interstate standards in Wharton and Fort Bend Counties

6. Expand a portion of I-10 from four to six lanes from Winne to Beaumont

7. Expand a portion of Interstate 45 between Dallas and Houston from four to six lanes

8. Upgrade a portion of U.S. 77 in Willacy, Kennedy, Nueces and Kleberg Counties to Interstate standards

9. Upgrade a portion of U.S. 281 to Interstate standards in Hidalgo, Brooks and Jim Wells Counties

10. Upgrade a portion of U.S. 59 to Interstate standards in Victoria County

“Investing in Texas’ transportation system and addressing these challenges by improving the condition and efficiency of the state’s roads, highways and bridges will be an effective step in boosting the state’s economy, enhancing quality of life and accommodating future growth,” said TRIP Executive Director Will Wilkins.

Texas is working hard toward improvement roads throughout the state with a push from its Proposition 1, which will fund 200 projects that will cover more than 800 miles of highway rehabilitation and 500 miles of new highway lanes.

“Proposition 1 was a clear message from Texas voters that they believe funding our highways is a very high priority,” said Brandon Janes, chairman of Transportation Advocates of Texas. “We are seeing community leaders across the state urging members of the Legislature to take the next step in addressing the state’s highway funding shortfall. Our member organizations believe a significant part of the solution will be for lawmakers to approval a reliable, constitutionally dedicated funding mechanism like SJR 5 or HJR 13. Either approach will provide more than $2.5 billion a year in sustained funding and will keep our state from falling further behind on congestion, connectivity, safety and deteriorating roadways.” 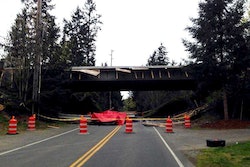 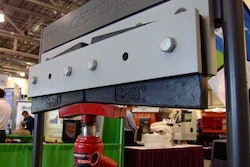 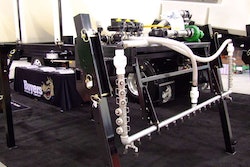