“Roads mean jobs, and Major Moves 2020 will further enhance Indiana’s reputation as the ‘Crossroads of America,’ ” Pence said. “When it comes to infrastructure, Indiana is recognized as a national transportation hub and a global distribution powerhouse, making (it) a great place to do business.”

Indiana has made $800 million available for road and bridge projects since 2013. Pence has proposed another $300 million for interstate work in his current budget that’s in legislature.

A section of Interstate 65 will be the first construction area as part of Major Moves 2020. The area between Southport Road (Exit 103 seen above) and Main Street in Greenwood (Exit 99) will be expanded to three lanes in both directions. Work begins this week.

At the groundbreaking ceremony, Pence announced that the next contract of the Major Moves 2020 project was awarded to Milestone Contractors to expand a 9-mile section of I-65 near Franklin, at a cost of $84 million. An earlier contract announced was for a widening of I-65 near Lafayette between State Road 38 (Exit 168) and State Road 25 (Exit 175), to be completed for $83 million.

INDOT reported that more than $500 million in projects for I-65 would be started this year. 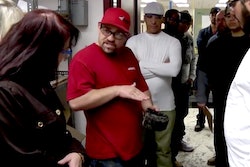 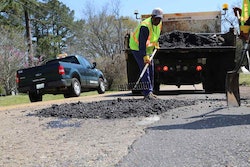 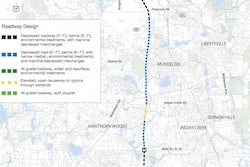