Through a Cloudy Crystal Ball

It’s never a good idea to make predictions in my business. Magazines survive for years in filing cabinets or where they fall behind desks, and digital editions live forever in cyberspace. So I shouldn’t do it. But…

I’ll do it. Not for the chance to say I told you so but because this economy has, is, and will continue for some time to disrupt and rearrange our industry. I guess I’m hoping to trigger some brainstorming by readers that may create ideas about options for the future.

One question we have to ask is to what extent this administration’s actions will be institutionalized. My guess (and that is essentially what I’m doing) is that the White House’s livability initiative, with its emphasis on ensuring that roads don’t only move people and goods but must also enhance the quality of the life of those who live near and use them, could decrease the number of straightforward road-building jobs. Asking for added value will become more common when you see bids. You can build the road, but can you connect it to a bike path, a park and a nature trail, and by the way can you build rail beds?

The Stimulus’s effect may linger and linger. It was extremely valuable but its work came in short bursts. That model could survive the recession because agencies found its versatility useful. It’s easy to see an agency preferring to support four or five small jobs rather than a single four- or five-year job. So, what would your fleet look like and what skills would you hire?

Because fuel taxes are inadequate to fill the coffers of the Highway Trust Fund and won’t be raised soon, General Fund money will continue to make up the difference. What if this model survives? There would be no guarantee of such General Fund transfers. Politics could make an adequately-funded HTF an erratic proposition, and with a lesser HTF that short-bursts model may get even more support. If the HTF funds fewer major projects, could you work those as well as smaller jobs to be balanced?

Elections are another thing. Next month’s mid-terms and the Presidential race, even the primaries, of course change the scenario. So brainstorm. Tossing ideas around may sound like time wasting, but running a number of possibilities through discussions can help us when decisions are actually needed. It’s probably not a good idea to put them down in writing, but thinking through some “what ifs” may save you one of those nasty “Uh oh, we didn’t see this coming” moments.v 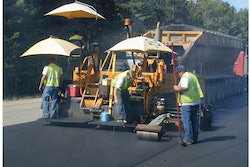 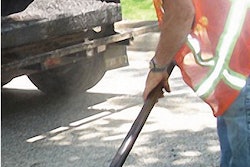 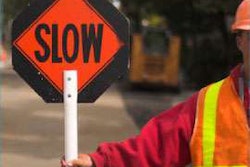