Ritchie Bros. Auctioneers, an on-site and online auctioneer of heavy equipment and trucks, reached and exceeded $1 billion in online equipment sales for 2011 alone, the company announced on Dec. 7.

Ritchie Bros. introduced its real-time online bidding service in 2002 and now sells more construction, transportation and other equipment over the internet than any other auctioneer—more than US$5 billion worth since 2002. Today, one in two people bidding at Ritchie Bros. auctions participate online in real time; the others bid in person at the auction site. Online bidding has made it easier for Ritchie Bros. customers to buy equipment on a global scale; so far in 2011, Ritchie Bros. has attracted more than 190,000 online bidder registrations from people in 118 countries.

“Selling $1 billion of equipment over the internet in one year puts Ritchie Bros. in the realm of household names like Toys ‘R’ Us and Zappos,” Ritchie Bros. Auctioneers CEO Peter Blake said in a press release. “This milestone reminds us that our customers – the world’s builders – embrace the use of technology, much like the rest of the world, to do what they do every day. We’re proud to offer a world-class service that makes it easy for our customers to buy the equipment they need, when they need it, from anywhere in the world.”

Ritchie Bros. conducted three separate heavy equipment auctions today at its auction sites in Atlanta, Georgia and Albuquerque, New Mexico, USA and Edmonton, Alberta, Canada – with bidding on-site and online. An online bidder purchased the lot that resulted in the US$1 billion milestone – a 2005 Terex TA30 6×6 articulated dump truck sold for CA$92,500 (approx. US$91,700) in Edmonton. At the time of this release, more than 4,300 on-site and online bidders from 30 countries had registered to bid in the Atlanta, Albuquerque and Edmonton auctions – including online bidders from as far away as Chile, Indonesia and the United Arab Emirates.

Todd Halina, vice president of construction for Chemco Electrical in Edmonton, Alberta, Canada, was surprised to be the online bidder that purchased the lot that resulted in the US$1 billion milestone.

“Wow, that’s great to be the buyer to help reach that goal,” Halina said. He’s been attending Ritchie Bros. auctions for over 10 years and bids online from time to time as well. He says it’s an easy place to access good equipment at a price he wants to pay.

“I wasn’t able to go in person to the site today for the auction, so it was really handy to be able to bid right from my office,” Halina continued. “I’ve purchased items online from Ritchie Bros. auctions sight unseen before. And now that there is all of the detailed equipment information on the website it makes it that much better. I really trust in the system and I have never been disappointed with my purchases.”

Usage of the service has grown steadily since it was launched in 2002, when online bidders at Ritchie Bros. auctions purchased about US$82 million of equipment. Recent enhancements have added to its global appeal.

See a behind-the-scenes look at the moment when Ritchie Bros. achieved the US$1 billion online sales record, including comments from Ritchie Bros. CEO Peter Blake at https://youtu.be/PDx4Ee5MIJs.

Ritchie Bros. will conduct 21 more unreserved public equipment auctions before the end of 2011. Annual unaudited gross auction proceeds will be issued on December 21, 2011, following the final auctions. Details about all upcoming Ritchie Bros. auctions can be found at www.rbauction.com. 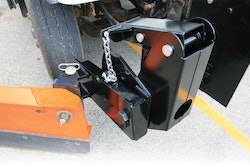 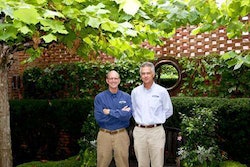 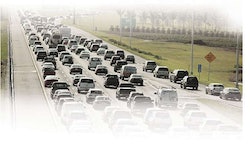