This is dangerous. I’m using a term I didn’t know existed until a few minutes ago.

It’s happened because I went looking for an analogy for what is happening with our transportation infrastructure. What I found was thermal runaway. Essentially, as I understand it … let me punt and use a common Internet definition: “Thermal runaway refers to a situation where an increase in temperature changes the conditions in a way that causes a further increase in temperature, often leading to a destructive result…In other words, the term ‘thermal runaway’ is used whenever a process is accelerated by increased temperature, in turn releasing energy that further increases temperature.”

We already widely see agencies doing repair and maintenance work that is far less thorough than they would like. Absent adequate funding in our present economy they come up with formulae that let them do the best with what they have.

There is a minimum amount that we must spend on our transportation infrastructure each year just to keep it treading water, not getting better but not getting worse. The amount itself is moot in this argument, which is that every dollar less than that minimum spent now will expand like an unpaid credit card bill, so we’ll need four or five dollars to do the work it could have done.

There seems to be, especially in Washington, a perception that there is some sort of no-interest deterioration going on. We’ll put transportation infrastructure work on hold, or spend what we can, and when the good times roll again, we’ll catch up. But by then the catch-up bill will be too high. So we’ll spend less than is needed. And deterioration runaway theory will continue to apply.

The battle is not just over funding; it’s also to educate the public. Politicians were able to stall, and perhaps underfund, a new surface transportation bill because they knew it wasn’t a pressing enough issue in their voters’ minds. It should be. 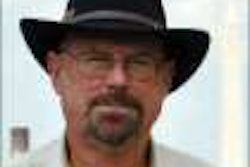 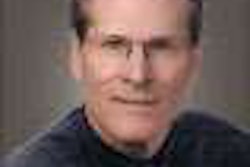