Today’s articulated haulers have sophisticated computer systems that continuously monitor nearly every important operating function, including engine, braking, transmission, and hydraulics — all while the hauler is hard at work.

Less than a decade ago, completing the many daily, weekly, and other periodically scheduled service and maintenance rituals on articulated haulers was a time-consuming, expensive, and, often, not-so-operator-friendly chore. But several recent design and engineering innovations by manufacturers are changing all that.

Today’s articulated haulers have sophisticated computer systems that continuously monitor nearly every important operating function, including engine, braking, transmission, and hydraulics — all while the hauler is hard at work.

Service and maintenance regimens of todays’ articulated haulers can now be completed in a more streamlined, less cumbersome, and not-as-frequent fashion compared to older models.

The resulting benefits for owners and operators are many; including less time spent attending to daily and weekly service tasks, increased productivity, and reduced maintenance costs.

Credit the computer … and Tier 4

At the core of the reduced service and maintenance interval movement is our trusted friend — the computer. Today’s articulated haulers have sophisticated computer systems that continuously monitor nearly every important operating function, including engine, braking, transmission, and hydraulics — all while the hauler is hard at work.

The vast majority of the advancements made in monitoring functionality can be attributed to engine design enhancements that were necessary to comply with Tier 3, Tier 4 interim, and Tier 4 Final requirements.

The day of the mechanical engine is gone. With the onset of the Tier 3 engines, and, of course, today’s Tier 4 Interim and approaching Tier 4 Final, all of these engines have to be electronically controlled. As the Tier ratings have increased, vast improvements to the cleanliness of engine combustion chambers have been realized. The result is a cleaner-burning engine with less carbon and soot buildup. All these factors help extend oil life and increase the intervals necessary between oil changes.

Being electronically controlled, computer systems can self-diagnose. When a system can self-diagnose, it tells operators right on the display what’s going on, and what may potentially be wrong. It monitors those critical operating functions and warns operators well in advance and long before there is any damage.

Recognizing that the integration of Tier 4 engine technology also represented an opportunity to facilitate other engineering enhancements, manufacturers have polled customers to gain feedback about issues related to existing models that were of greatest concern. Overwhelmingly, owners and operators cited service and maintenance; expressing frustration with the amount of time it was taking and the general inconvenience of performing daily and weekly maintenance tasks. As a result, manufacturers have responded.

It doesn’t stop with engines and oil changes. Engineering enhancements resulting from Tier 4 emissions standards can also be credited for extending hours between change intervals for fluids throughout the entire hauler — in many instances, for up to twice as long.

And then, there’s the computer credit. Some manufacturers offer a computer-controlled monitoring function that automatically checks primary fluid levels continuously. With the system, daily and weekly maintenance is no longer required. It provides an oil-level reading prior to starting the engine. The operator simply turns the ignition key to the first position, and during the time computers are booting up — simply a matter of seconds — the system will check and display the oil level.

Additional engineering enhancements have increased the operational life of most major fluids, while excellent serviceability and longer service intervals have also contributed to reduced machine downtime.

Manufacturers have incorporated convenient service access into articulated hauler design for easy accessibility to most service points, either from ground level or from non-slip platforms.

These enhancements have allowed double the number of hours before it becomes necessary to change the most critical operational fluids. Changing engine oil, in some cases, has been increased from 250 to 500 hours; transmission and hydraulic fluids from 1,000 to 2,000 hours; and the same for brake cooling systems — from a 1,000- to 2,000-hour change interval. It actually can be less expensive to operate a Tier 4-compliant hauler than it is to run a Tier 3 model.

Manufacturers have also redesigned articulated haulers to provide more convenient access to most service points, making them easily accessible from ground level or from non-slip platforms.

The daily routine maintenance checklist for the majority of newer articulated hauler models now consists primarily of a pre-operational early morning engine oil check, followed by a walk-around. Visual walkaround inspection includes looking for loose, broken, or bent parts, wires, and cables; oil and transmission fluid leaks; tire damage; and other potential abnormalities. From there, the remainder of the daily inspection is completed from the comfort of the cab.

After the walkaround in a Volvo loader, for example, the operator climbs up in the cab, engages the master disconnect, turns the key to position one, and computers handle the rest. Indicators light up, and the computers report the status of all primary operating functions. Once everything checks out, the operator turns the ignition key to start and he’s ready to work.

In addition to the daily visual hauler inspections and computer-monitored, pre-start check routine, operators should inspect cab intake air filters on a weekly basis. This can be accomplished by removing the outside cover and completing a visual inspection of the filter contained inside. In more humid climates, the filter will likely remain clear of dust and residue for several months; while in more arid, dusty environments, the filter will likely need to be changed frequently. Then, at 250 hours of operation, the operator will need to complete greasing.

While service enhancements are being enthusiastically embraced by owners and operators, there has also been some degree of hesitation among old-school operators who have long been practitioners of a much more involved daily maintenance ritual.

To those I say, sure, it’s fine; go ahead and grease every day, but also think about the amount of money you’re spending on grease and the time you’re wasting that’s not necessary. No one knows better than me that old habits sometimes die hard.

But for owners of newer-model articulated haulers, the sooner they adapt, the better off they’ll be.

A final word of caution

Despite the incorporation of many enhancements that have helped streamline the service ritual for most newer-model articulated haulers, owners and operators of mixed-manufacturer fleets need to fully understand the capabilities of the electronic monitoring systems of each model. Even with the newer models, not all manufacturers have the same level of computerized monitoring capabilities. Some manual pre-operational safety checks may still need to be completed on models not equipped with certain computerized monitoring systems.

Operators should consult the operator manual or service departments of dealers to ensure they are fulfilling the service and maintenance points required for specific models. 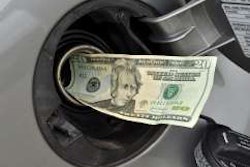 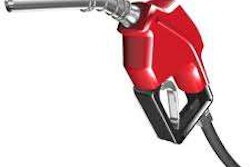 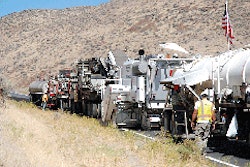