As the dust from the 2012 elections settles, the political landscape looks the same as it did before the election. President Barack Obama will serve another four years, the Democratic Party remains the majority in the U.S. Senate, and Republicans retain control of the House of Representatives.

Strip away the superficial similarities, however, and things get interesting. For example, there will be 12 new Senators and 84 new House members when Congress convenes in January. This means that 96 people, almost one-fifth of the entire Congress, will be new to their jobs.

It has been said that demography is destiny. The 113th Congress will be demographically more representative of the United States in terms of race, religion, gender, and sexual orientation. There will be the first two Hindu U.S. Representatives and the first Buddhist Senator. Four openly gay people were elected to Congress, along with the first openly bisexual person. There will be five new African Americans, six new Asian Americans, 10 new Latinos, and 24 newly elected women in the House or Senate. It is also a younger Congress, with four new Representatives born in the 1980s. And for the first time in history, the Democratic caucus will be comprised of a majority of women and minorities.

It will be this President and this new Congress that will draft legislation to reauthorize the Moving Ahead for Progress in the 21st Century (MAP-21) highway bill. They will also vote on legislation to fix the revenue shortfall in the Highway Trust Fund. Therefore, it is essential for our industry to get to know the new members of Congress and learn what issues they care about.

It’s even more critical for our industry to make sure they know who we are. Many of these new members have no idea how the federal-aid highway program is funded or even how pavements are manufactured and constructed. Nor do they know how many highway workers are in their districts, how many votes are represented by our industry, or how our companies are woven into the fabric of their communities.

NAPA will be holding the first-ever Asphalt Fly-In, Sept. 11-12, 2013 in Washington, D.C. This is your opportunity to meet with your members of Congress and introduce them to your company. But you don’t have to wait till September: Hosting plant tours and paving site tours is another great way to get acquainted, demystify the highway construction process, and tell your story about the impacts of the federal-aid highway program on your community.

Go to www.asphaltpavement.org/govaffairs to see who the new members are, find out more about the Asphalt Fly-In, and discover how to educate your legislators about your business.

About the author: Jay Hansen serves as the executive vice president for the National Asphalt Pavement Association (NAPA). Hansen joined NAPA in 1998 as vice president for Government Affairs after more than 12 years working in the U.S. Congress and two years as the senior transportation lobbyist for the American Consulting Engineers Council (ACEC). 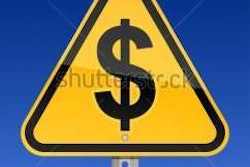 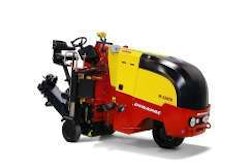 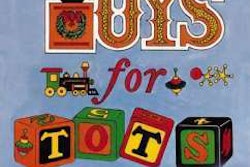