The Christie Administration on Aug. 8 announced the award of $3 million in grants to 59 municipalities to promote safety along designated Safe Corridor highway segments and to advance local projects that promote safety for bicyclists.

A total of 53 municipalities will share $2 million in FY 12 Safe Corridors grants and six municipalities will share $1 million in FY 12 bikeway grants. The grants are administered by the NJDOT Division of Local Aid and Economic Development. “Safety is the New Jersey Department of Transportation’s top priority, and these grants support safety through local enforcement and capital improvement projects,” said NJDOT Commissioner James Simpson. “The funding helps local governments achieve their objectives without burdening local property taxpayers.” Safe Corridors The Safe Corridor grant program dates to 2003 and targets resources to 14 ten-mile segments of several highways that have a history of high crash rates. Grants are supported by fines which are doubled in designated Safe Corridors for a variety of moving violations, including speeding. FY 12 Safe Corridors funding is being allocated based on crash data, with higher amounts of funding going to areas demonstrating the greatest need for continued enhanced enforcement measures. Segments of Route 1, Route 9, Route 22, Route 40, Route 46, Route 47, Route 73 and Route 206 are receiving FY 12 funding. Grants can be used by municipalities to purchase enforcement equipment including police vehicles, radar equipment, computer hardware and software and salaries. Here is the complete list of grant recipients, amounts and Safe Corridor segments for which grants are being awarded. Bikeway The Local Aid Bikeway program supports construction of bike paths in parks and other settings, as well as bike lanes along roadways, especially those that are designed to be physically separated from motor vehicle traffic by open space or a barrier. The paths and lanes promote healthful exercise, an alternative mode of transportation that benefits the environment and reduces roadway congestion, and they promote safety for bicyclists. Municipalities and counties are eligible to compete for the grants. The FY 12 Bikeway grants are supporting projects in Linwood and Galloway (Atlantic County) South Orange (Essex County), East Windsor (Mercer County), Berkeley (Ocean County) and Old Bridge (Middlesex County). Recipients are receiving grants ranging from $75,000 $290,000. NJDOT soliciting grant proposals In addition to sending out Safe Corridor and Bikeway grant award letters, the Department is sending letters to all 566 municipalities and to all 21 counties to advise them that applications are now being accepted for a variety of FY 13 State Aid programs. The grant programs are Municipal Aid, Transit Village, Bikeways and Safe Streets to Transit. Applications are due by September 28, 2012. All municipalities are eligible to compete for Municipal Aid grants, which have been a significant source of revenue to fund local transportation projects. NJDOT has set a goal to award up to 10 percent of grant funds to projects that advance pedestrian safety, bikeways and streetscape improvements. Only the municipalities that have been designated as Transit Villages can compete for Transit Village grants. Currently there are 24 such municipalities. A designated Transit Village is a municipality that has been recommended for designation by the interagency Transit Village Task Force. These municipalities have demonstrated a commitment to revitalizing and redeveloping the area around their transit facilities into a compact, mixed-use neighborhood with a strong residential component. The Bikeways and Safe Streets to Transit competitive grants are available to municipalities and counties. The Safe Streets to Transit program encourages counties and municipalities to build safe and accessible pedestrian linkages to transit facilities to promote safety and increased use of public transportation. 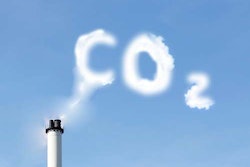 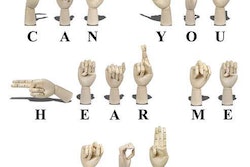 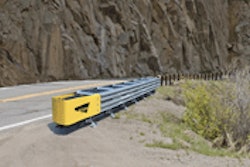